The Comedy Cow with Matt Richardson

The Comedy Cow has been delighting audiences in Milton Keynes since October 2011. What began as a small club for friends and family has grown into the largest Comedy Club in Milton Keynes. From the humble beginnings at The Crown in Stony Stratford, The Comedy Cow now operates out of the Red Dot Bar at the Stadium MK. 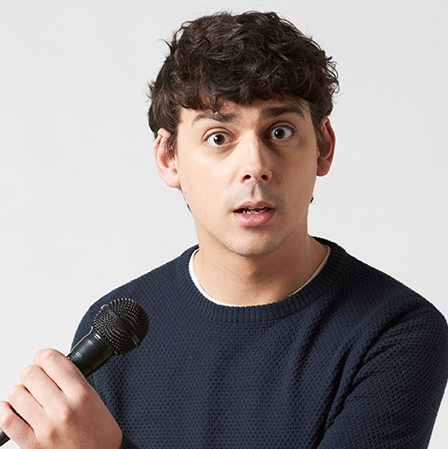 Matt first joined The Comedy Cow last year and absolutely rocked the night, so much so we could not wait to get him booked back with us!

Since then Matt has firmly established himself as one of the UK’s most exciting young performers and presenters – hosting the drive-time show on Virgin Radio. His TV credits include co-hosting the Xtra Factor alongside Caroline Flack & Co-Hosting Celebrity Haunted Hotel Live!

Ross Smith is a Charming but pedantic stand up and MC, specialising in deconstructing absurd ideas or magazine headlines, exploring self and unrelatable relatable material. Originally from Northamptonshire but now living in London, Ross runs a successful semi-pro comedy night called SHOWBIZ BABY.

Gerry is a seasoned professional and a great comedian, with his anecdotal, observational and refreshingly honest in style, Gerry's comedy is enriched by a somewhat unique perspective