We are delighted that 350 supporters are able to attend the game, under current Government guidance.

Charlie Bill’s side have won their last three games while scoring 17 goals and conceding none – form which has them sitting third in the FA Women’s Premier League Southern Premier Division.

Fans will see first-hand the Covid-secure safety measures which have been put in place at Stadium MK, such as one-way systems; temperature checks; increased cleaning and sanitization, and the use of face-covering whilst entering and moving around the stadium. 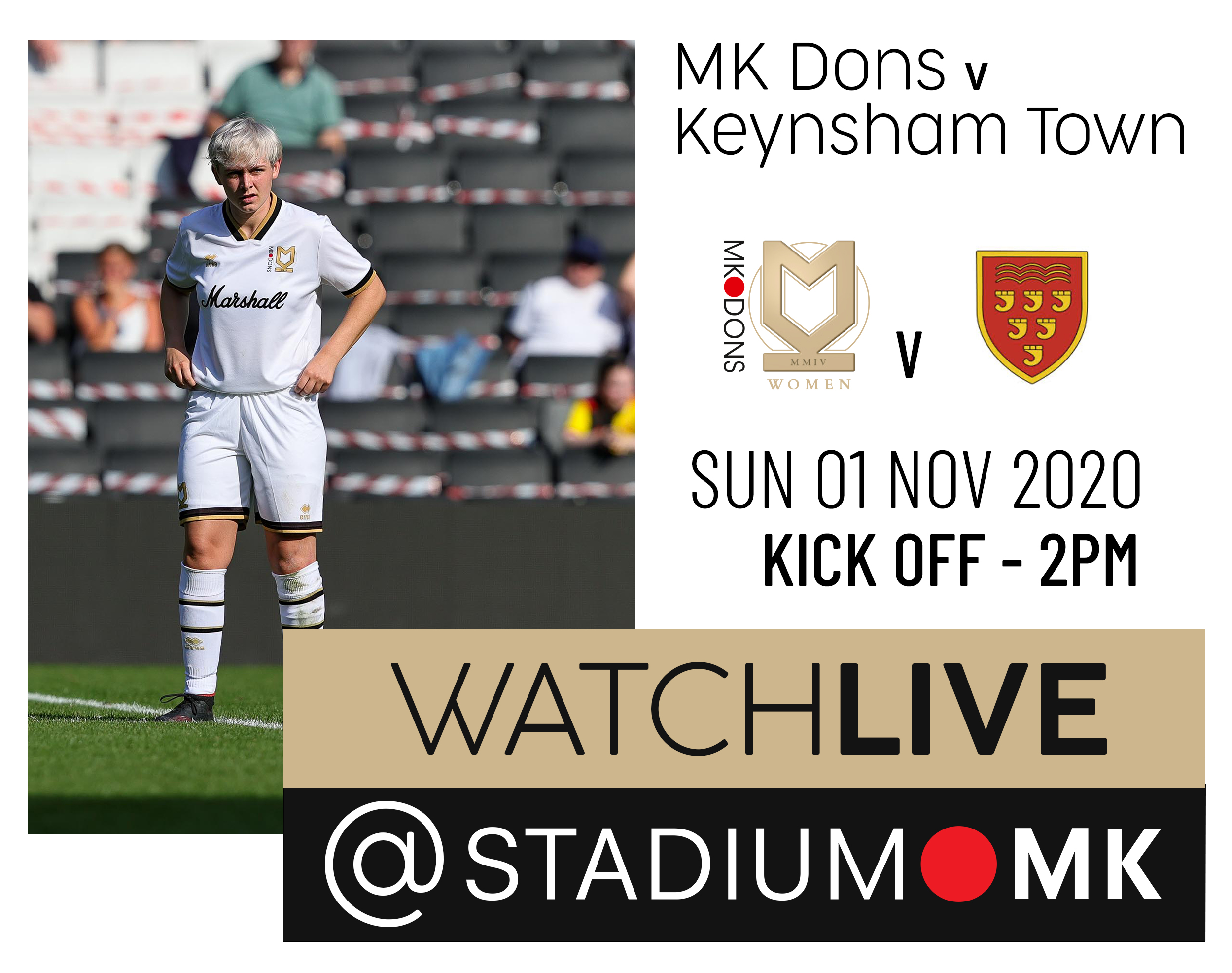 New for 2020/21, is the opportunity for supporters to purchase an MK Dons Womens membership, which provides access to all permitted home league and cup games at Stadium MK as well as the chance to bring up to five under-17s for free.

An MK Dons Womens Membership is priced at £35 while casual match tickets are also available, with under-17s attending with a paying adult entitled to FREE entry.

To purchase a membership, please drop us an email by clicking HERE.