Liam Manning’s MK Dons face the U’s on Saturday 13 November – a match which will see the Club pay tribute to the armed forces and the sacrifices made by so many to protect our country. Kick-off is at 3pm.

Tickets for Armed Forces Day have been discounted for serving members of the Armed Forces as well as veterans, Cadets, Reservists and uniformed organisations such as Cubs, Scouts, Brownies, Beavers, Squirrels and Sea Scouts. Members of these groups can purchase a ticket for just £1, with additional guest tickets available at a discounted rate of £10 for adults and £3 for over-65’s & Under-18’s. As usual for MK Dons fixtures, Under-12’s go FREE!

Submit this form to apply for your discounted tickets >> 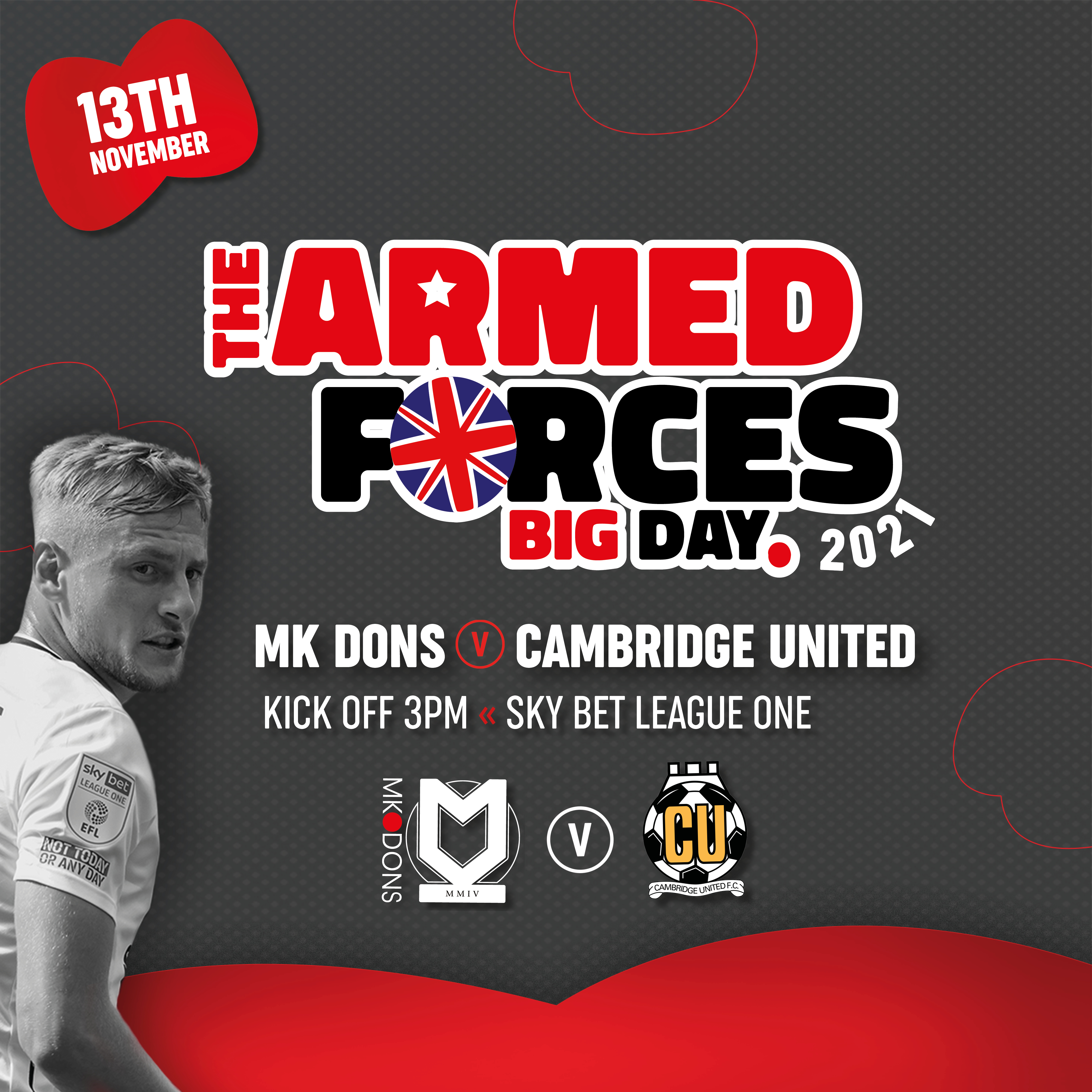