England U21s will play a key 2021 EURO qualifier in Milton Keynes this autumn.

The Young Lions will take on Austria at Stadium MK on Tuesday 15 October (7.45pm KO).

The U21s last played in Milton Keynes in 2013, where a brace from Saido Berahino and a goal from Michael Keane secured a 3-0 win over Finland.

More recently the England Women senior team also recorded a 3-0 win at the stadium against Austria in 2017, with goals from Ellen White, Lucy Bronze and Isobel Christiansen.

MK Dons chairman Pete Winkelman said: “We are thrilled to be welcoming the Young Lions back to Milton Keynes this October – the perfect way to kick-off the celebrations of Milton Keynes as a European City of Sport for 2020."

“This match will add to the long list of special events we have had the pleasure of hosting here at Stadium MK, while it will provide a fantastic opportunity for the people of Milton Keynes to see the young stars of the future in action on their doorstep.” 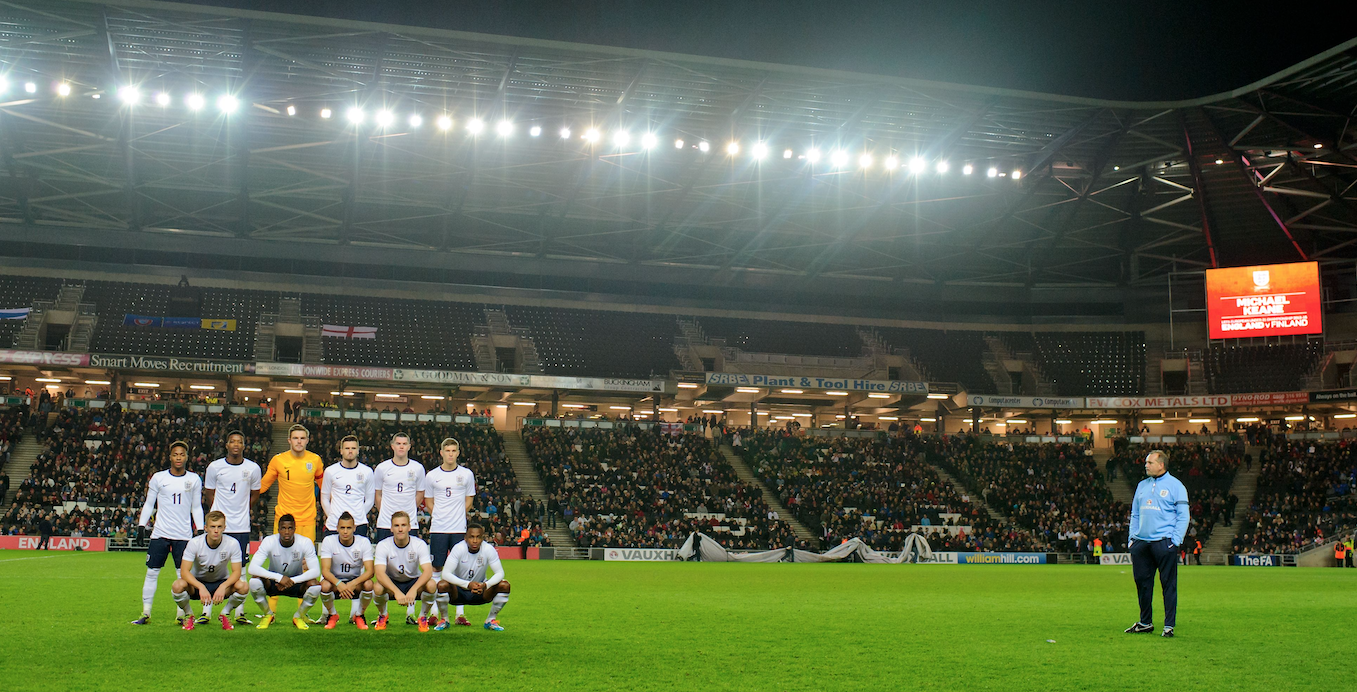 England begin their EURO campaign in September with an away fixture against Turkey in Sakarya (Friday 6 September).  They will then play their first home qualifier against Kosovo at the KCOM Stadium in Hull on Monday 9 September (7.45pm KO).

Before the Austria game, England will travel to Maribor where they will face Slovenia, joint hosts of the 2021 EURO along with Hungary, at Ljudski vrt stadium on Friday 11 October.

Concessions (under 22 and over 65) are available at £5 and Charter Standard and group booking discounts also apply.

Tickets for both home matches can be bought via www.TheFA.com/Tickets.

In addition, tickets for England v Austria can also be bought directly through MK Dons from mkdons.pvxgateway.com and via the Club Box Office. There will be a £1.50 ‘Per Person’ fee on ticket purchases made both online and in-store.

Hospitality options are available for England’s U21 EURO qualifier against Austria at Stadium MK.

For more information or to book a package call 01908 622884 or email commercial@mkdons.com.