The Prime Minister, on Monday 16th March 2020, announced further measures to help suppress the spread of Coronavirus (COVID-19). Boris Johnson has told the public to avoid pubs, clubs, restaurants and theatres and to only make essential journeys.

With this in mind and our customers health and safety paramount, we have rescheduled the concert to Saturday 17 October 2020.

All purchased tickets will be automatically transferred to the new date of Saturday 17 October.  Any queries please contact us at http://www.seetickets.com/CustomerService (Live chat available) quoting your order reference number.

All ticket holders will receive an email from us shortly to confirm the transfer of tickets. We are grateful for your continued support of live concerts at Marshall Arena and cannot wait to see you all in October. 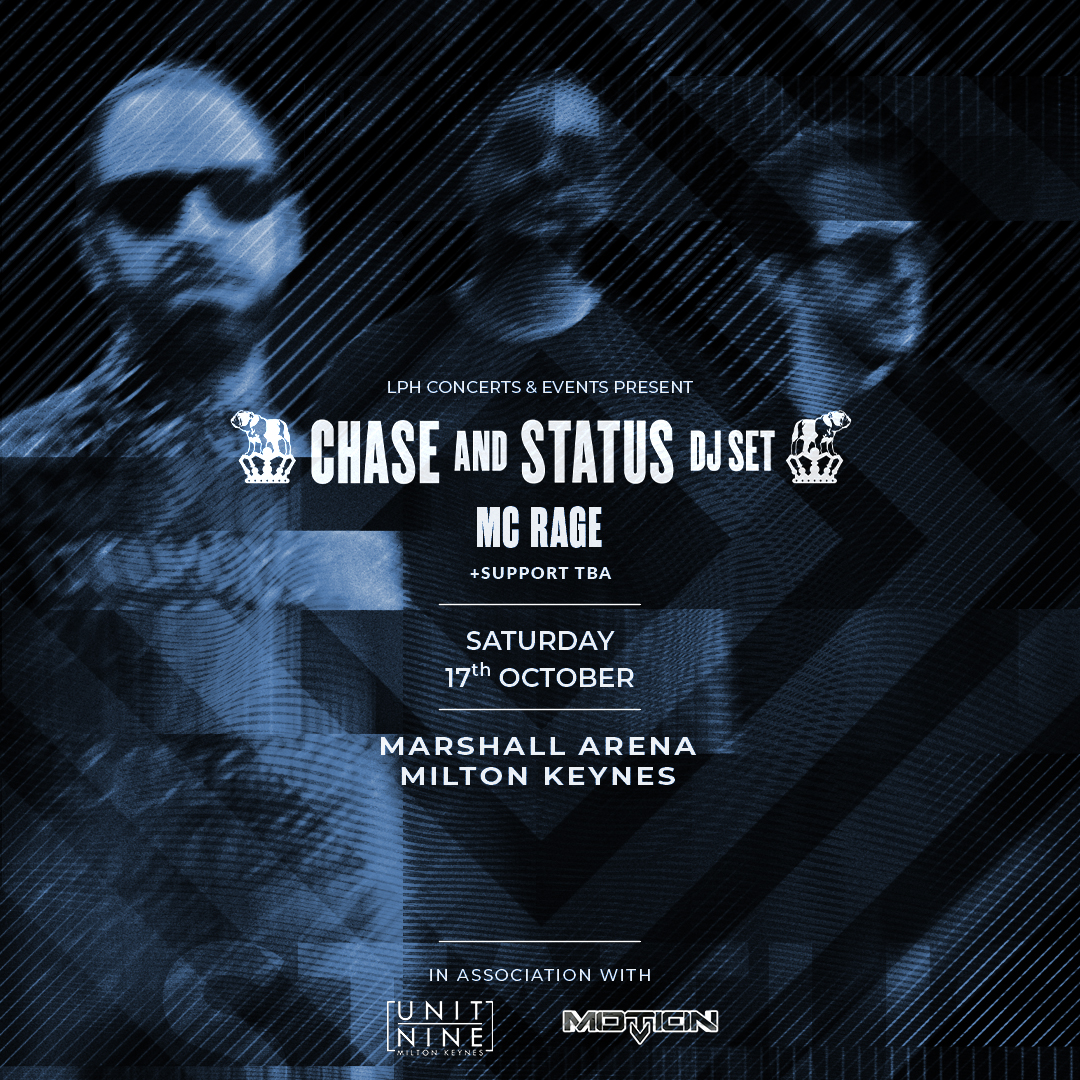 Chase & Status will be joined by some very special guests (to be announced) at Marshall Arena on Saturday 17th October 2020.

As one of the most successful British bands of the last decade, Chase & Status + MC Rage, have achieved widespread notoriety and universal respect for their achievements.  Consummate professionals as both selectors and producers, Will Kennard and Saul Milton, along with MC Rage, epitomise all that’s great about UK electrical music.

Together they’ve channeled their passion for the nations’ hugely influential rave culture into four highly-acclaimed, best selling albums, an incendiary live show and a wide range of endeavours that have established them as an unstoppable force.  Their fifth album, ‘RTRN II JUNGLE’ marks their 16-year milestone and cements their position as one of the UK’s most electrifying bands.

VIP packages are also available and include;