WENBO AND WILSON WIN THROUGH AT MATCHROOM.LIVE CHAMPIONSHIP LEAGUE

Liang Wenbo beat Mark Selby 3-0 in the final match of Group 5 to book his place in the next phase of Matchroom.Live Championship League, while Gary Wilson won all three of his Group 14 matches to also reach the Group Winners’ stage.

On the TV table Wenbo and Selby both won their openers 3-1, against Lee Walker and Joe O’Connor respectively. Wenbo then defeated Walker 3-0, but the impressive O’Connor held Selby to a draw, meaning the ‘Jester From Leicester’ would have to beat Wenbo when they met in the final match of the group in order to oust the Chinese star from his position at the top of the table.

Wenbo, though, had looked confident all day and made an assured start against Selby, turning half chances into breaks of 44 and a 32 to lead 1-0. Knowing a draw was enough to advance, Wenbo then made a 69 in the second and completed a 3-0 win in the next frame to ensure that, like Wilson on table two, he ended the day with three wins from three.

“I enjoyed today,” said Wenbo. “Sometimes you have to enjoy the game and your game will come, snooker is like this, when you’re happy you play well. If I play like this, I will have a chance to win the tournament. I practiced for seven or eight days before coming here, after two and a half months off.”

On table two, Wilson was in great scoring form as he came through Group 14 with three wins out of three. The Tyneside cueman notched up four century breaks in the nine frames he won and made a total of 848 points as he recorded 3-0 wins over Mitchell Mann and Gerard Greene and beat John Astley 3-1.

“I played okay, a few sloppy shots here and there but that’s to be expected when we’ve had a bit of time off,” said Wilson. “I think we have all come here not really knowing how we are going to play, so I was pleasantly surprised and played alright. 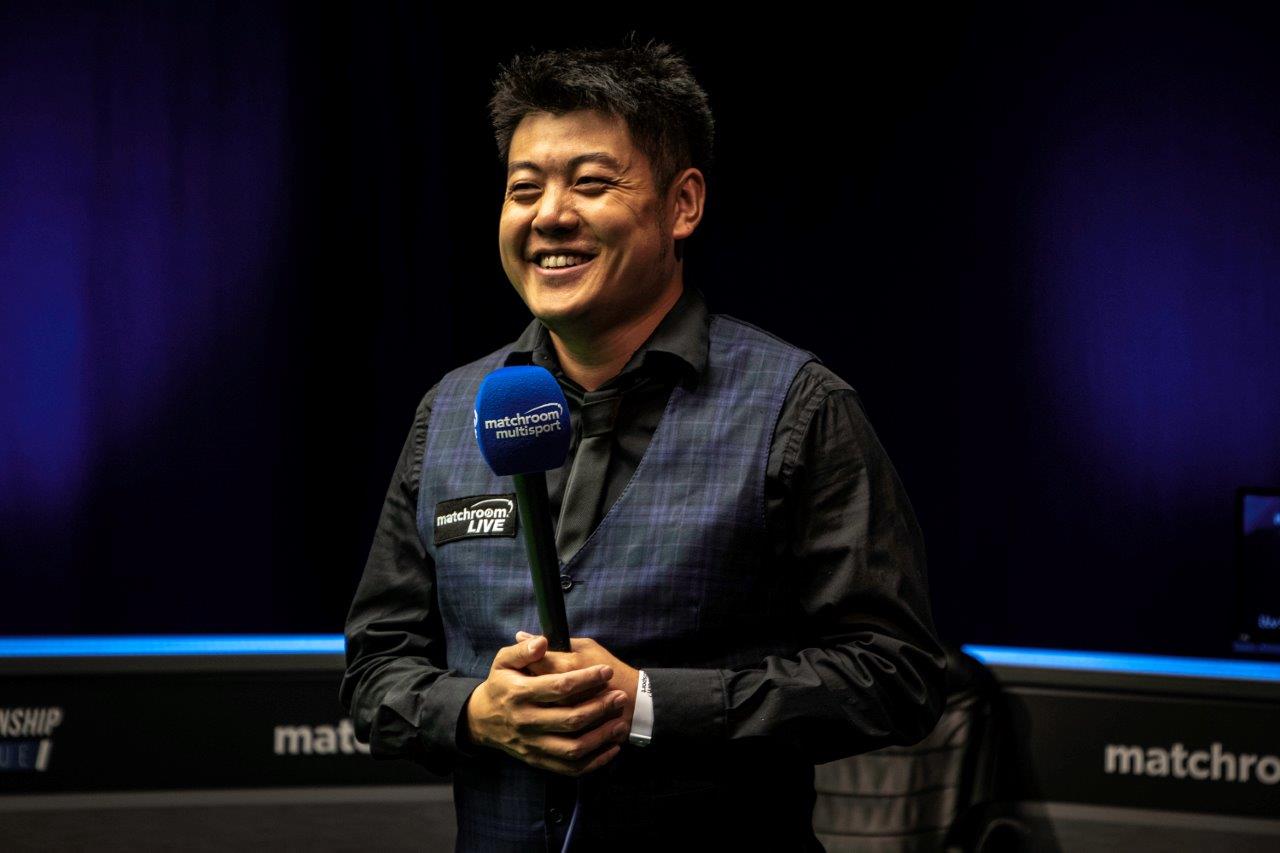