Watch The Lionesses in Style at Stadium MK

Four of the world’s top 20 teams will be battling it out for the Arnold Clark Cup trophy as the tournament returns to England this February. Which is set to include a double header at Stadium MK, the home of MK Dons in Milton Keynes.

Defending champions and UEFA Women’s Euro 2022 winners England will be joined by Italy, Belgium and Korea Republic in the round-robin tournament. Each team will play as part of a double-header fixture at the 30,500 capacity Stadium MK in Milton Keynes on Thursday 16 February 2023:

Following a sensational Summer of women’s football, where Stadium MK hosted four games in a record breaking EURO 2022 tournament, the Arnold Clark Cup is back in Milton Keynes. With women’s football at front and centre in the city, tickets are expected to sell out as Leah Williamson, a Milton Keynes local, will captain the European champions at Stadium MK.

You can watch the fixtures in style with a hospitality ticket: 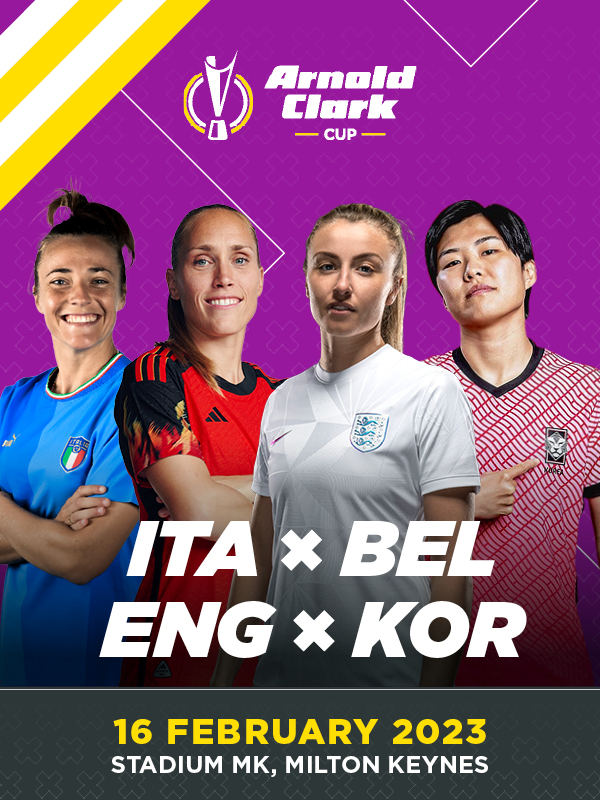