UEFA Women’s EURO 2022 has taken the country by storm, particularly Milton Keynes where Stadium MK has hosted three fixtures so far this tournament.

The first Stadium MK match saw Spain come from behind to comfortably beat Finland in front of 16,819 Women’s football fans. Finland also faced Denmark at Stadium MK with 11,615 fans watching on with Denmark coming out on top. In the final game of group B, it wasn’t third time lucky for Finland as eventually group B winners, Germany came out on top with a 3-1 win. 20,721 fans brought the noise in support for both teams.

The tournament isn’t over yet as four teams remain and battle it out for a space in the final in this weeks upcoming Semi-Final fixtures. One of which will be taking place at Stadium Mk as Germany return to Milton Keynes playing France for a place in the final on Wednesday 27th July in what is expected to be a sell out crowd.

Both Teams heading to Stadium MK, Germany and France, have had similar journeys to the semi-final winning their groups respectively. 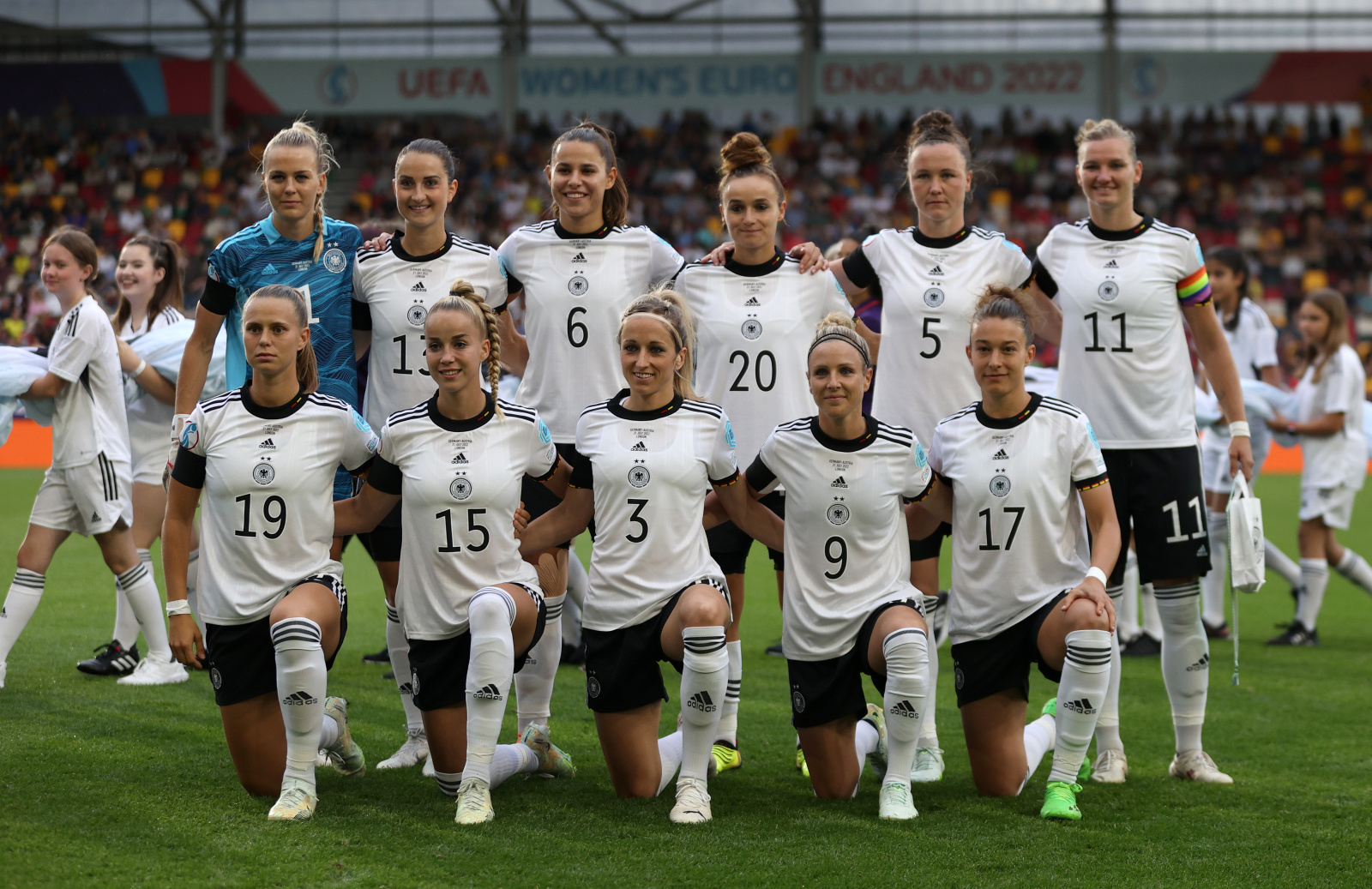 The Eight time winners are the only team remaining yet to concede a goal at EURO 2022 and look focused on winning title number 9 this summer. Despite a tough Quarter-final draw, the free scoring German team increased their goal tally becoming the second highest scorers with 11 goals. It’s not just the attack headed by tournament second highest goal scorer, Alexandra Popp, who make this Germany team great. The defence is strong too.

In midfield, Lena Oberdorf completed 13 tackles so far this tournament, the fourth highest in EURO 2022. What’s more the 20 year old has amassed 23 ball recoveries helping the team play on the front foot. Defensive Stalwart, Marina Hegering is one of the key contributors of Germany’s clean sheet record with her 32 ball recoveries.

The team is full of stars, but the collective has been the stand-out performer, players in every line showing endless willingness to help each other out. Defenders have contributed goals, wingers drop back to defend, with the experience of Marina Hegering, Svenja Huth and Alex Popp providing stability, and allowing youngsters like Klara Bühl and Lena Oberdorf the freedom to roam. Germany will make for a tough opposition when France visits Stadium MK. 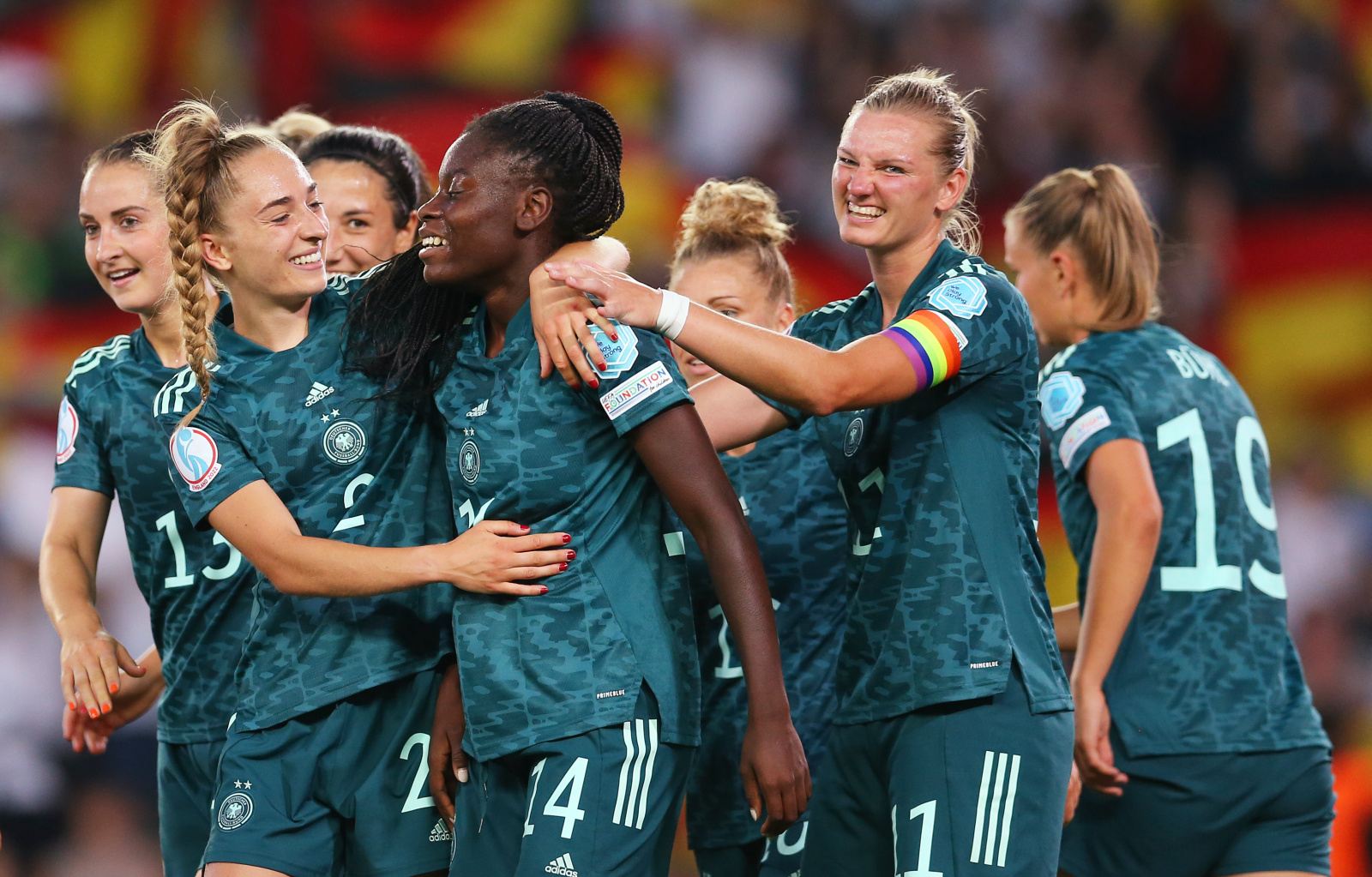 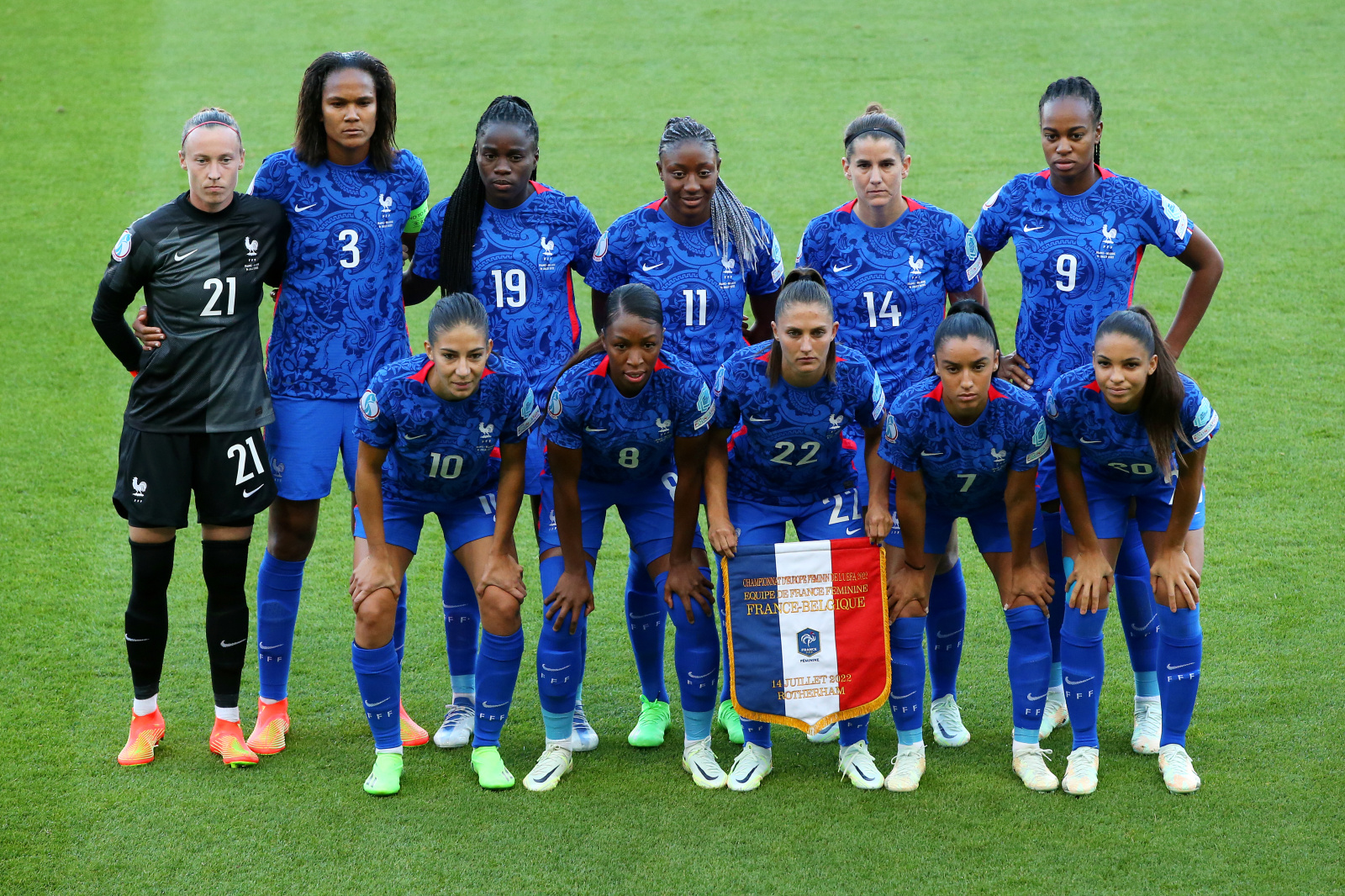 France have already achieved their highest EURO finish reaching the Semi-Finals but will look to go all thew way with a win at Stadium MK. France kicked of their EURO 2022 campaign in style scoring five times before half time, including a Grace Geyoro hat-trick, in a win against Italy. Les Bleues went on to win Group D, drawing arguably the toughest possible opponents in the Quarter Finals, the Netherlands. France took the tie to extra time knocking out the holders setting up a semi-final at Stadium MK.

The French team are strong all round and love to keep the ball with four French players making up the top 6 for Passing accuracy stats throughout the tournament. France also look strong in the attack with at times five attacking players flooding forward, this has shown with the side having the most attempts on goal of EURO 2022 with 93, that’s 11 more than any other side. 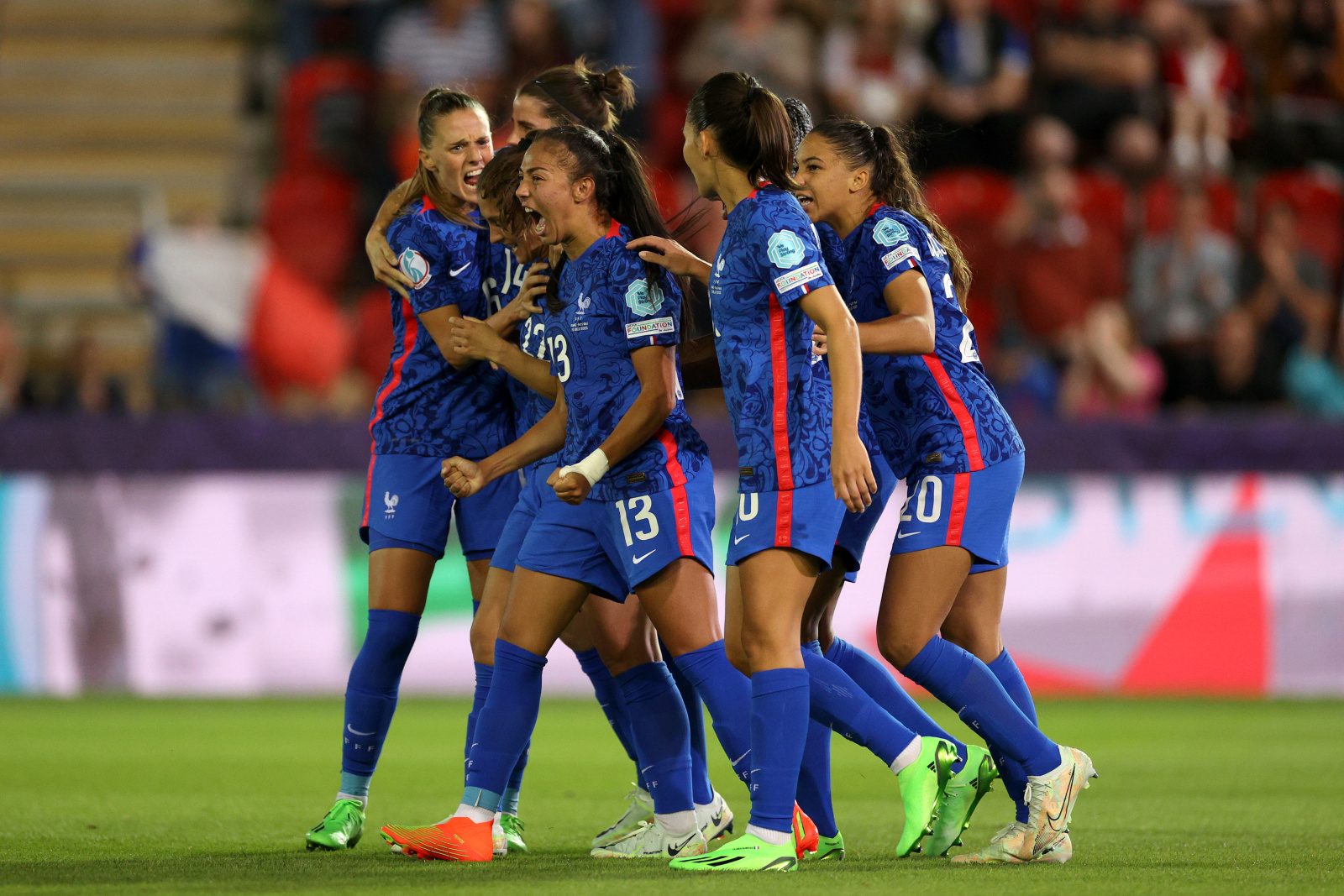 Both teams will be looking to reach the final in front of a packed out Stadium MK on Wednesday. With two of UEFA Women’s EURO 2022 strongest teams battling it out, it’s expected to be a classic.

Tickets are sold out, but you can watch the fixture live on BBC. 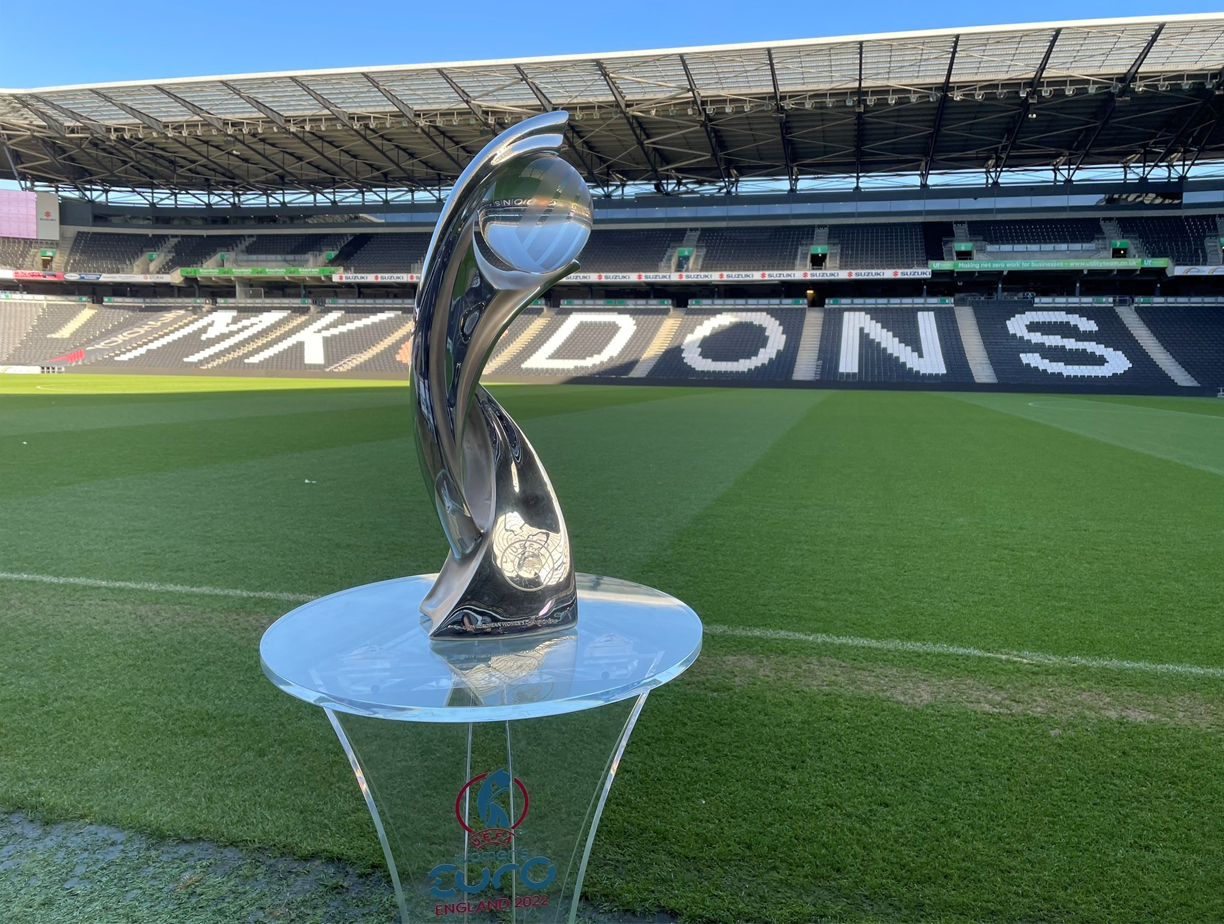