The Las Vegas based Rock Band are set to play at Stadium MK, Milton Keynes this summer on June 18th and will be joined by Canadian alt-rock band Mother Mother and British singer Lola Young who have been announced as direct support to Imagine Dragons on their upcoming European stadium dates.

Imagine Dragons embark on their European Tour in June across iconic venues within the continent, including a UK exclusive at Stadium MK, Milton Keynes. The run of dates kicks off in Latvia on June 1st, then to Prague with two shows at the Letnany Airport to a combined audience of nearly 150,000 people, and will continue through Europe. The tour follows up on a sold out American and European headline tour to start 2022. Tickets for their Stadium MK show are still available to purchase, including a number of Hospitality packages to watch one of the best selling rock bands live and in style.

Newly announced tour support band, Mother Mother, have had a whirlwind of a decade. The Canadian band received over two billion streams and views, more than 15 million monthly listeners and counting on digital streaming platforms as well as 3.1 million Shazam searches. Comprised of Ryan Guldemond, Molly Guldemond, Jasmin Parkin, Ali Siadat and Mike Young, the band had a recent feature in Rolling Stone, a performance on The Late Late Show with James Corden, and made several appearances of late in Billboard’s Emerging Artist Chart, as well as topping Lyric Find’s global and US lyric search charts.

A variety of songs from O My Heart and Touch Up were used virally on the platform over 325 million times, resulting in millions of streams and new followers on streaming platforms and socials.

Tickets for Imagine Dragons Only UK date in their Mercury Tour is set to take place at Stadium MK on Saturday 18th June 2022. With tickets are still on sale but are expected to sell out, so book now to avoid missing out. Hospitality and accessible tickets can also be purchased ONLINE ONLY. 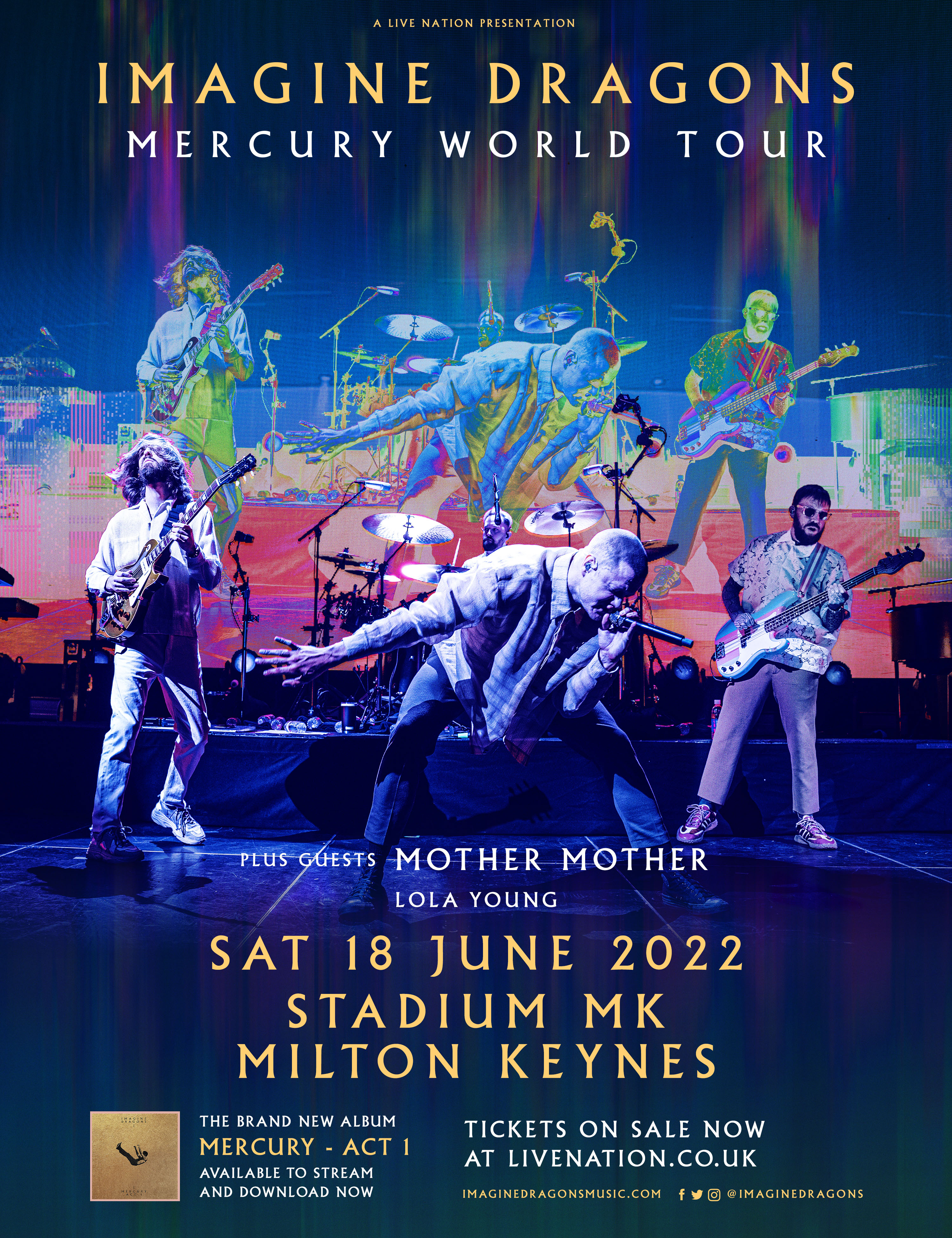