Liam Manning’s men will welcome the Premier League Foxes to Milton Keynes on Tuesday 20 December for their final game before Christmas. Kick-off is set for 7.45pm.

MK Dons are in Carabao Cup Fourth round action against Premier League opposition, Leicester City are coming to the city of Milton Keynes. Liam Manning’s men welcome one of the most inform teams in the English top flight for a Christmas cracker in the Carabao cup.

Last time out MK Dons overcame a challenge from fellow League One side, Cheltenham Town, setting up a fourth round tie against Premier League opposition. The Dons, who have already knocked out higher league opposition beating Watford in the Second round, will welcome former player Harvey Barnes as well as England international James Maddison amongst others to Stadium MK.

The Dons will take on Leicester City for a place in the fifth round.

Tickets, which will be available to buy in all usual areas of the ground, will be priced from £16 adults, £12 over-65s/under-25s, £4 under-18s and £2 under-12s while under-7s can watch in the Family Area for just £1. Upgrades are available to East Centre and Club Red. Ticket prices will increase by £2 on the day of the game. 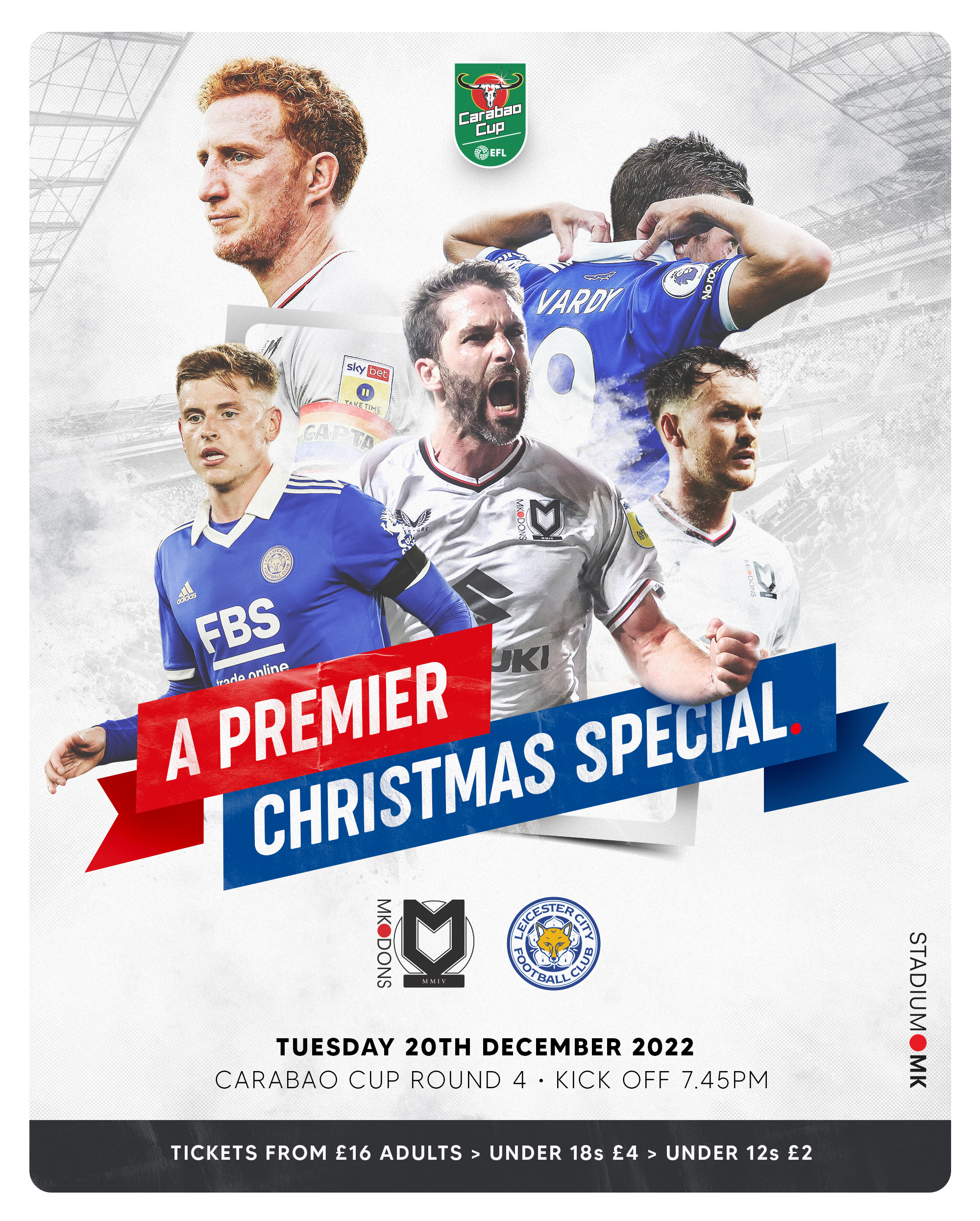