MK Dons enjoyed a strong 2021/22 season finishing in third place, narrowly missing out on promotion through the play offs. An incredible achievement for the team, all things considered. Last season, the Dons made Stadium MK a fortress earning a number of unbeaten runs throughout the season, notably a six-goal thriller in which The Dons came from behind twice to draw in dramatic fashion against Fleetwood Town in the Papa John’s Trophy courtesy of a Scott Twine Hat trick.

This Summer, Liam Manning’s team will be looking ahead to the 2022/23 Sky Bet League One season with a number of exciting fixtures coming to Stadium MK. Even a brand-new kit sponsor to see in action at Stadium MK and throughout the country. Castore will be joining the team as new official Technical and Retail Partner as well as official Kit Supplier. The Northwest founded company will be joining a selection of dedicated sponsors, including Suzuki who mark their ninth season as MK Dons Title Partner.

Next season Stadium MK look forward to welcoming England’s all-time record goal scorer Wayne Rooney and his Derby County side on 12th November 2022. The Dons will also see a welcome return to Barnsley, on 29th April 2023, who previously played out an eight-goal thriller in MK Don’s favour in a 5-3 victory. Peterborough United, Forest Green Rovers, Port Vale and Bristol Rovers make up the rest of League One this year making for a highly competitive Sky Bet League One season.

November has MK Dons taking on Sky Bet League One newcomers in Derby County (Saturday 12, Stadium MK). On Boxing Day, the Dons are at home facing Forest Green Rovers, the only home fixture in a busy festive period.

The season culminates in the last home game of the season with Barnsley coming to Stadium MK. 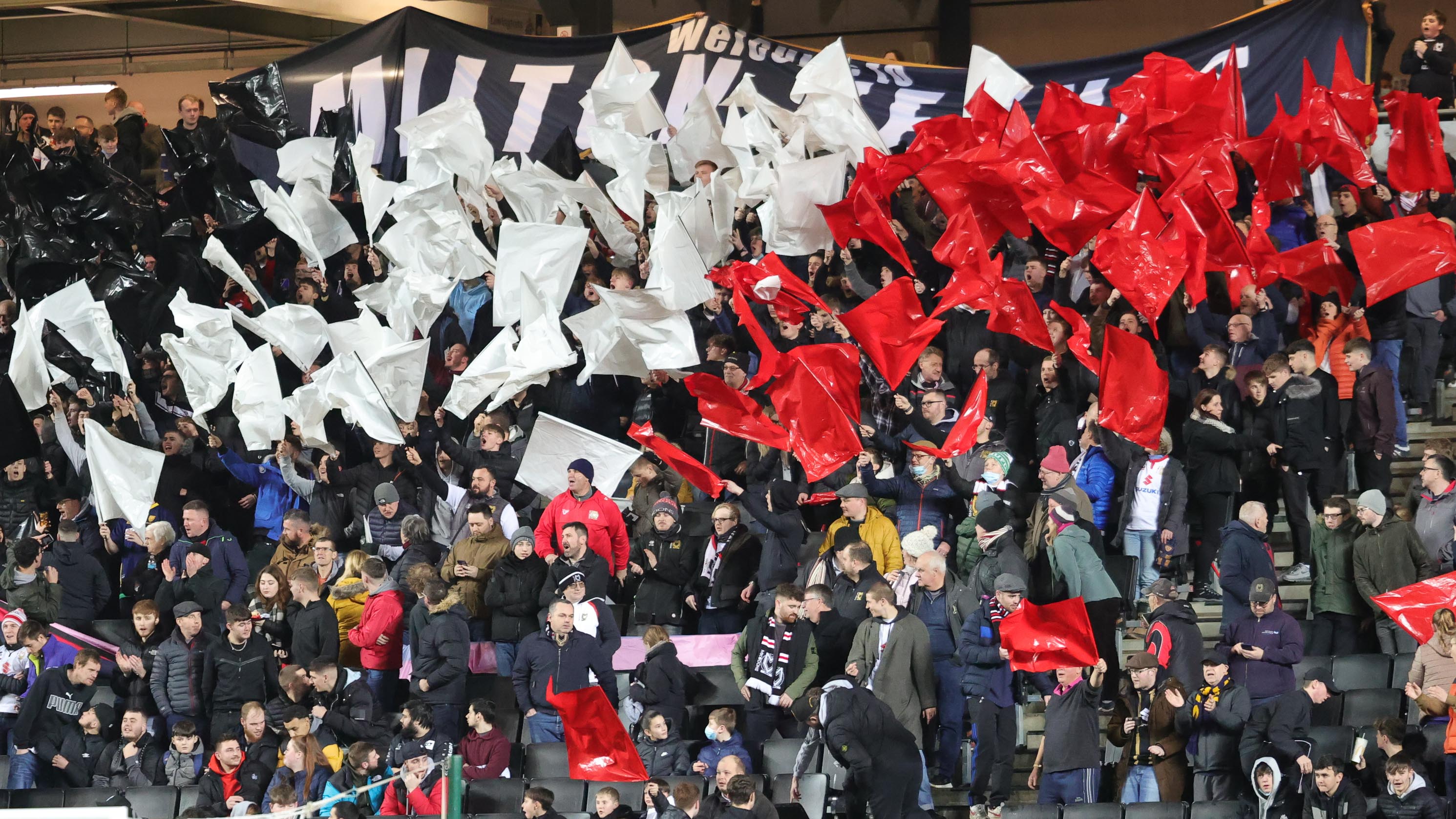 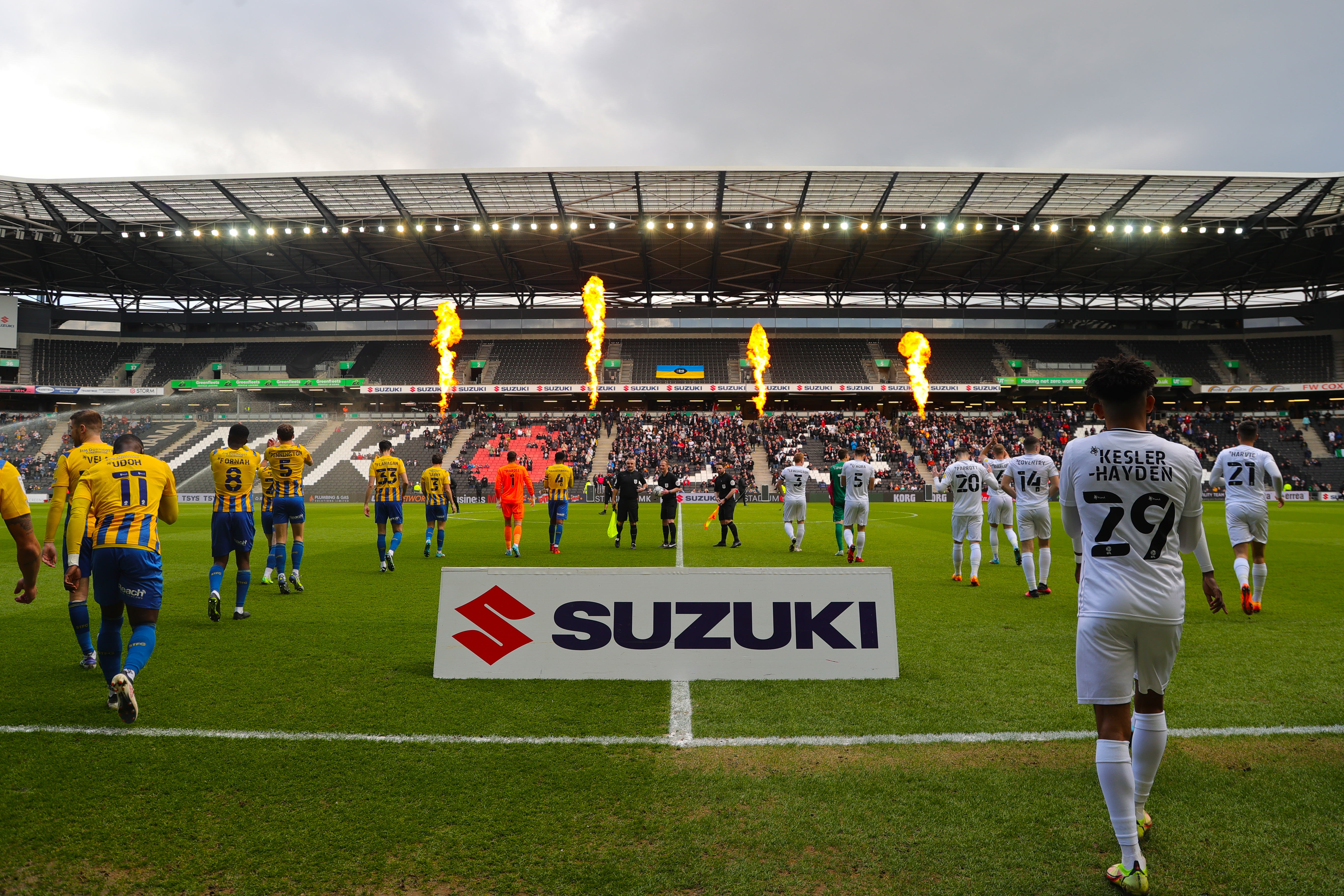 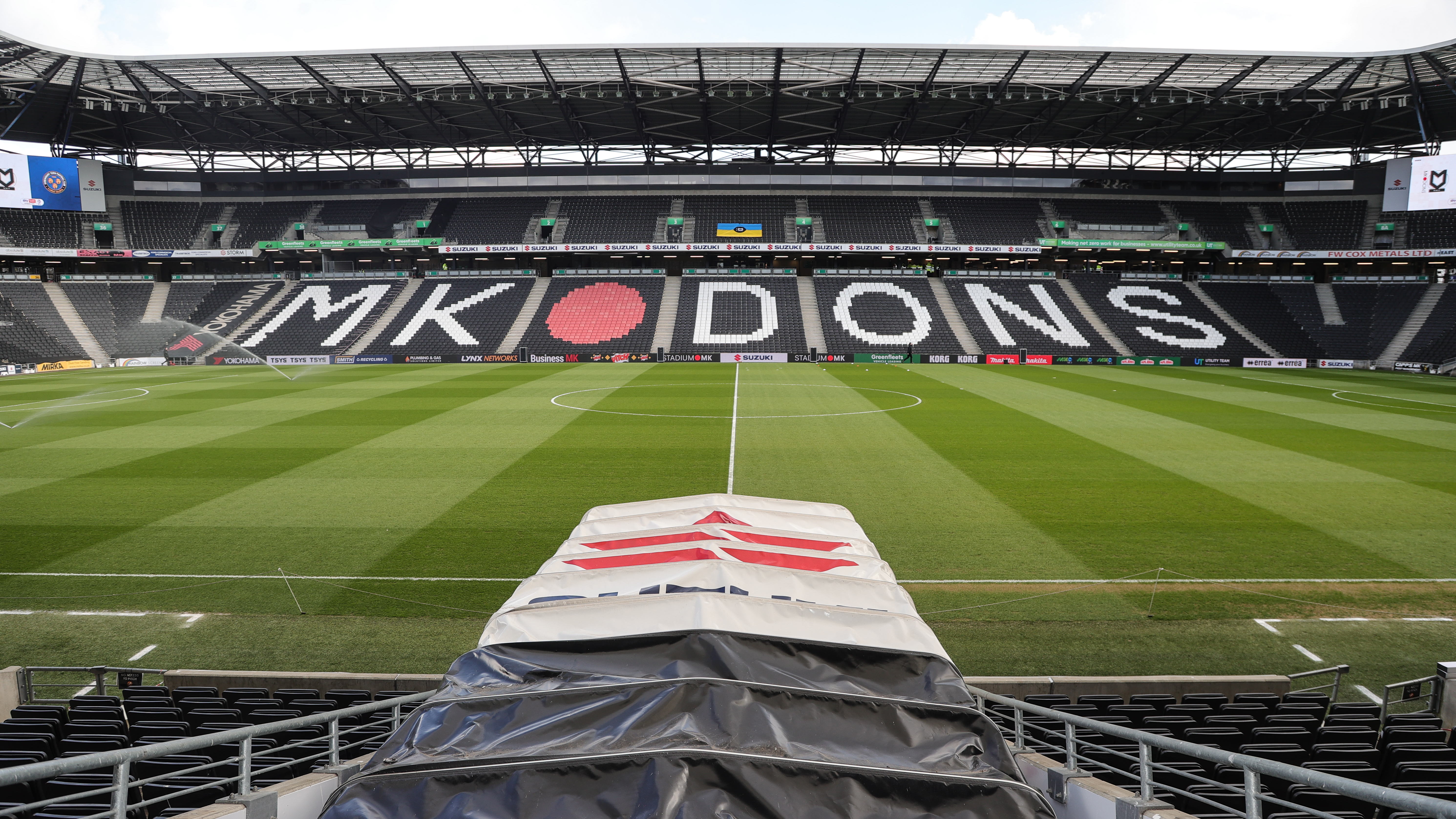 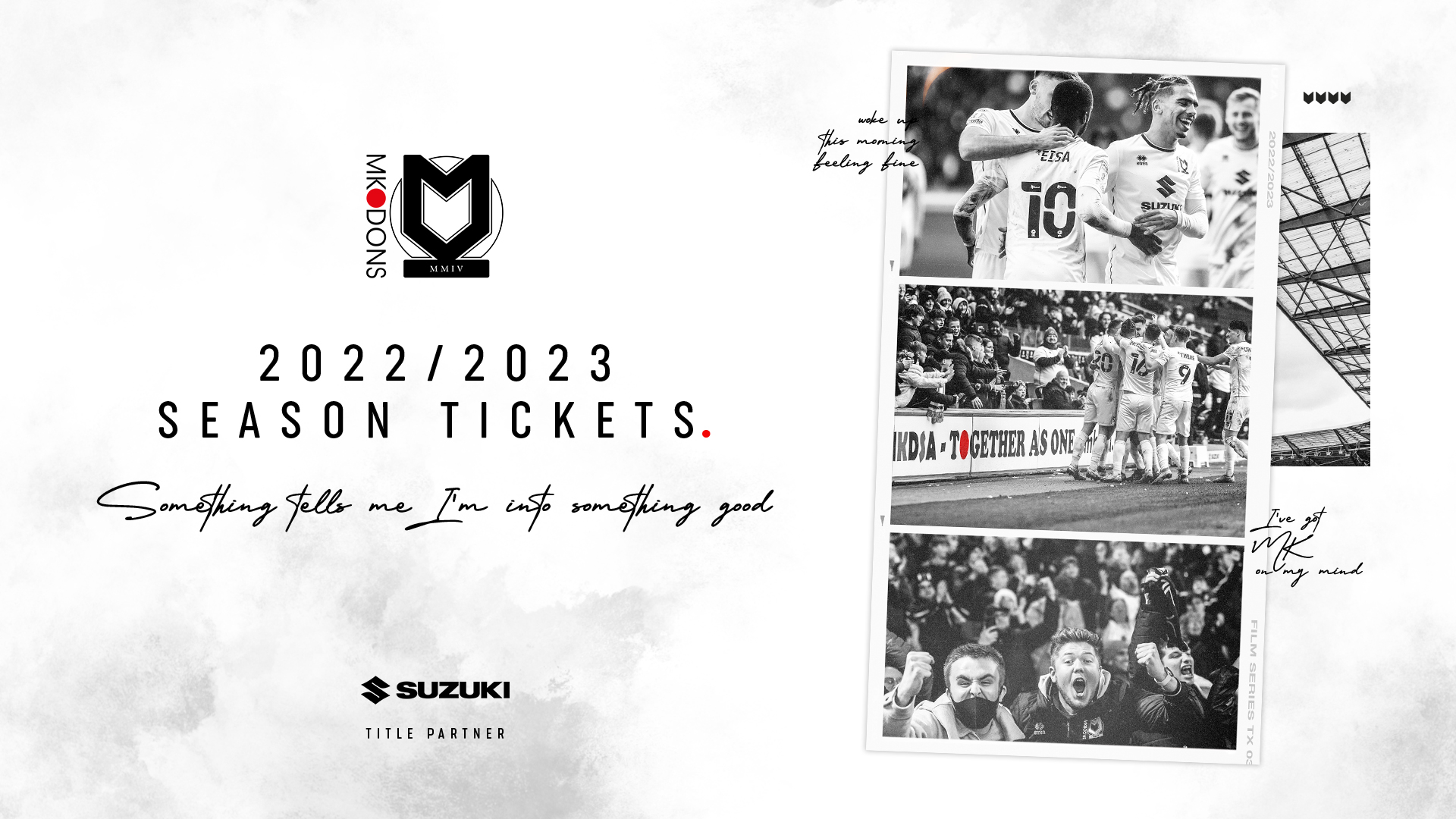