Next year Her Majesty the Queen will have reigned for 70 years and several cities will be established as part of The Queen’s Platinum Jubilee celebrations. A recent cross-party decision was made for Milton Keynes to make a formal bid for city status.

Milton Keynes council is calling for local people to get involved in MK’s Official City Bid. Stadium MK is supporting with the council, amongst other organisations within Milton Keynes, to tell stories of unique local people and places to understand why Milton Keynes is such a special candidate for official city status.

Local citizens can make their mark on the bid in a variety of ways. 50 photographs of Milton Keynes can be included in the bid and the council is looking for local citizens to take photos of what Milton Keynes means to you. You can Upload your photos Here.

Milton Keynes is all about the people and the council want as many local citizens as possible to take part. Mirroring the words of Council Leader Cllr Pete Marland “We’re asking local people to Take Pride in MK and back the bid, taking the moment to come together and celebrate. It’s important we shout about why Milton Keynes is such a special place”

Milton Keynes has a special identity, and MK council have asked citizens to share something special about Milton Keynes. Stadium MK, along with the council, will be posting photos and facts using the hashtag #takeprideinmk and you can too. Back the bid by passing on favourite memories and stories or photos. It is important for MK Council to have all involved as Council Leader Cllr Pete Marland continued:

“We’ll be using the bid to showcase our heritage and identity, alongside our strong communities.  We believe every country in the Commonwealth is represented among our citizens, from Australia to Zambia. Becoming a city will endorse our journey so far and bring further opportunities to come together.”

The winning cities are expected to be announced on her majesty the Queen’s Platinum Jubilee extended bank holiday weekend, which is 2-5 June 2022. 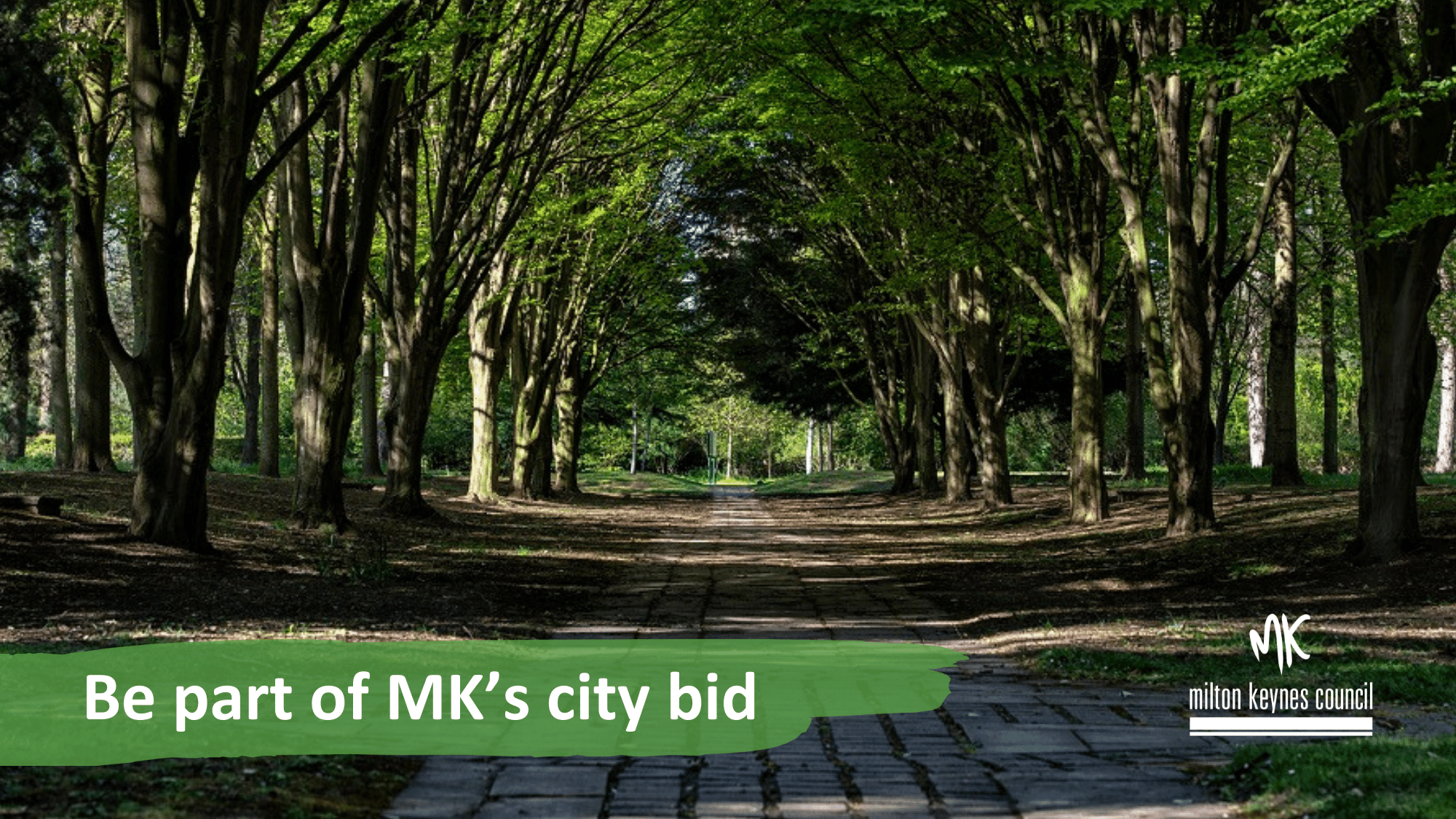