Stadium MK, Milton Keynes looks ahead to April in celebrating Father of Loud Day along with long-term partners Marshall Amplification.

Liam Manning’s men welcome the Shrews to Milton Keynes on Saturday 2nd April when they will be looking to secure an important three points against Shrewsbury Town in Sky Bet League One. Kick-off is at 3pm.

Before the football begins MK Dons and Stadium MK will be celebrating 60 years since the founding of the Marshall company as well as paying tribute to it's founder, the late Jim Marshall, who sadly passed away 10 years ago. Known as 'The Father of Loud', Jim Marshall was a key member of the Milton Keynes community and the Dons annual tradition of celebration continues this April.

Marshall Amplification will be sponsoring the match and there will be a number of events taking place throughout the day, including a special performance from classic rock band, Bad Touch, inside the ballroom pre and post-match. An exclusive concert LIVE an Stadium MK will take place after the match until 6pm, but make sure you get there early and don't miss out as it's first-come-first-served due to limited capacity. Supporters can enjoy their Pre-match private concert on the Big Screens in a jam-packed MKFM Pre-Match Show.

There will plenty more pre and post-match entertainment and competitions, not least the chance to win an exclusive, limited edition Marshall Amplification 60 Year Anniversary satin bomber jacket. To be in with a chance, we want you to pay your best tribute to Jim Marshall by dressing up rock and roll style or by donning a retro Marshall shirt. Plus, you can take part in our Air Guitar competition for your chance to win some extra prizes along with the Bomber Jacket, so get practicing.

Tickets for the Father of Loud Day are priced from £22 adults, £17 over-65s and £7 under-18s while under-12s go FREE. Upgrades are available to East Centre and West Centre.

Alternatively, visit the Box Office at Stadium MK or call 01908 622922. Tickets will be available to buy right up until kick-off from the Box Office. 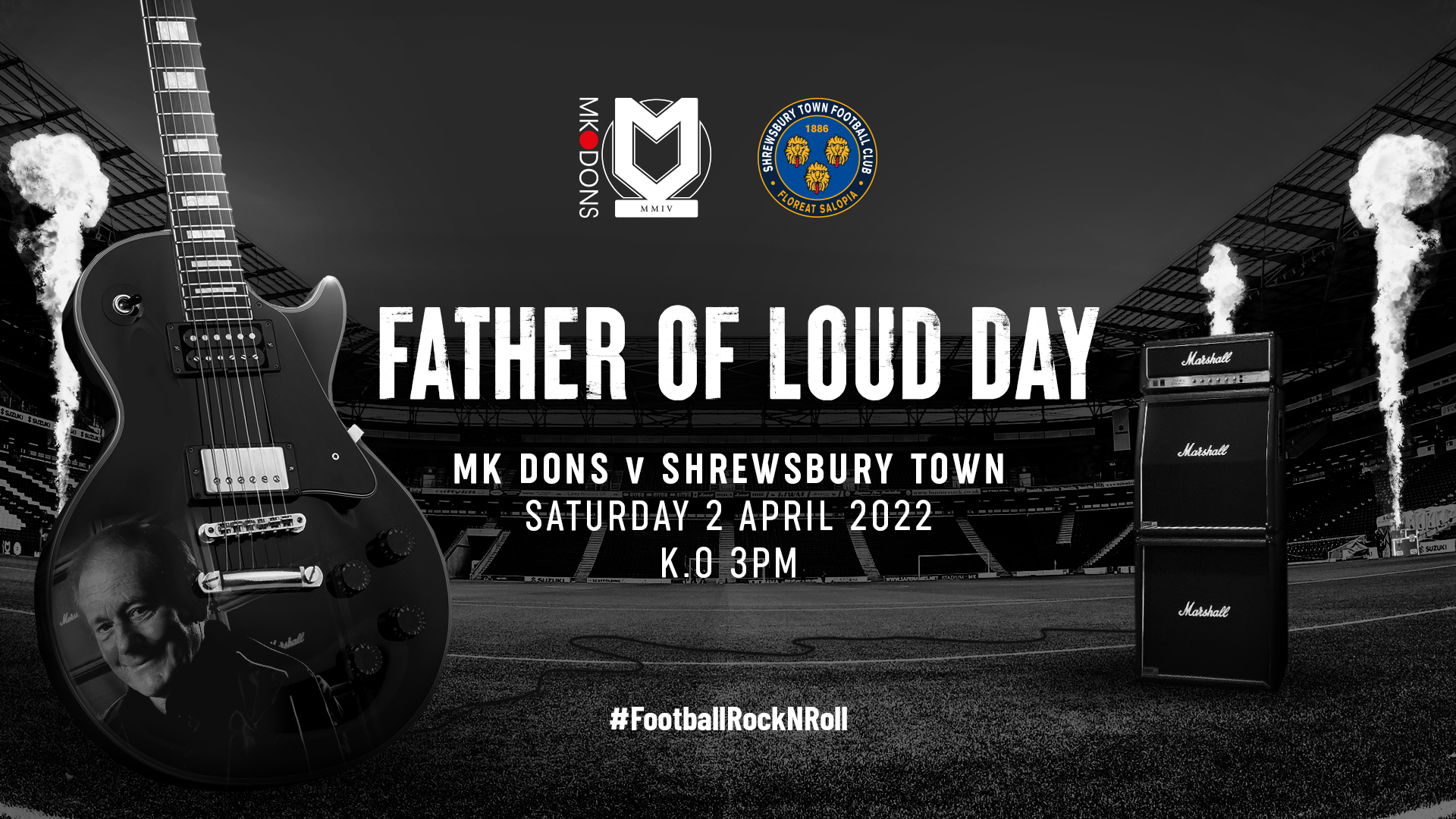 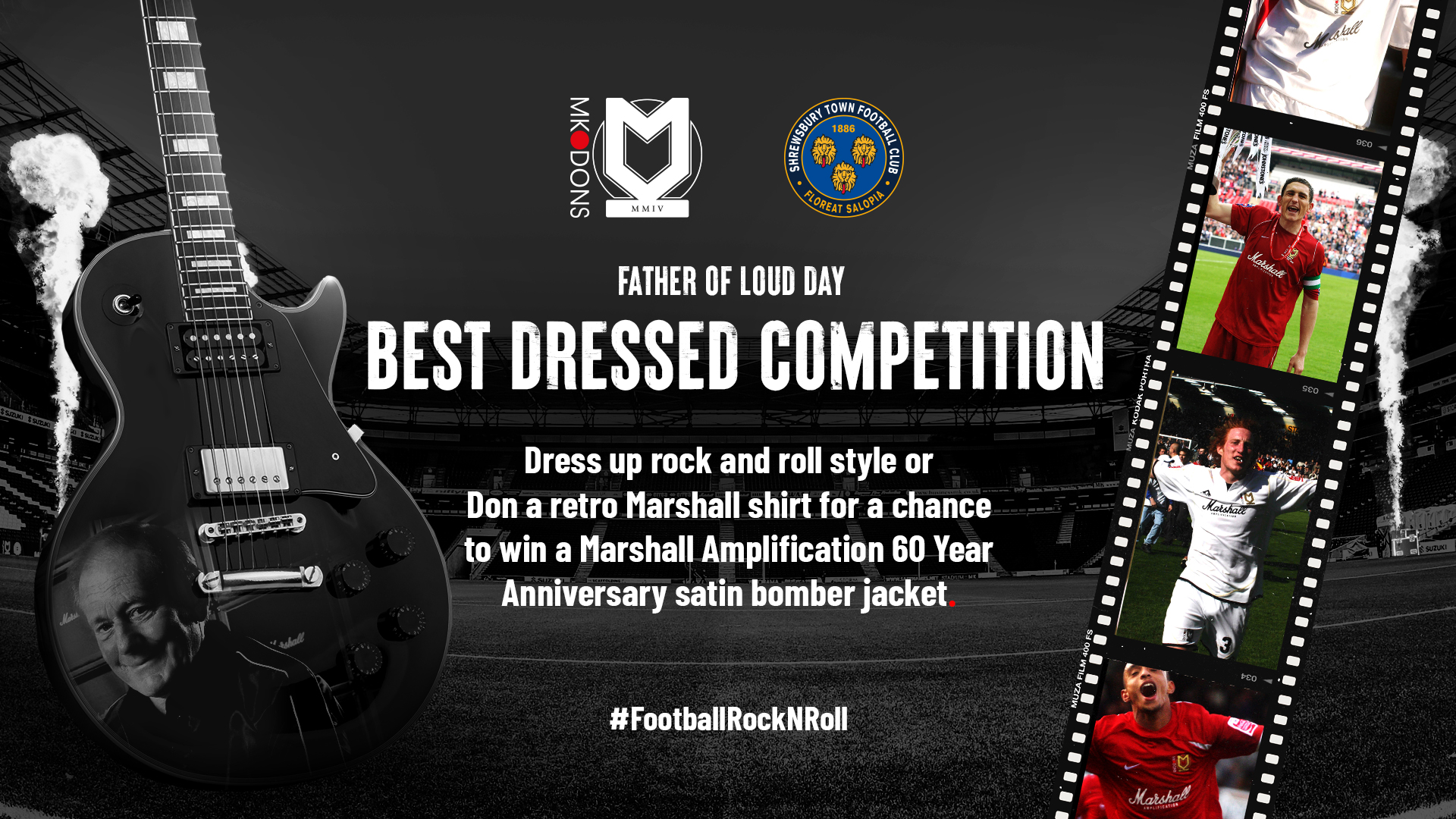