Snooker Returns to Marshall Arena for the 2022 Cazoo British Open

The 2022 Cazoo British Open is coming to the Marshall Arena, Milton Keynes and will run from September 26th to October 2nd with players looking to compete for the second consecutive British Open title after the competitions return in 2021 following a 17 year hiatus from the WST calendar.

Snooker’s British Open was first staged in 1985 and remained on the calendar until 2004, then returned in 2021 after a 17-year gap. Welsh cue master, Mark Williams, is the defending champion having beaten Gary Wilson 6-4 in the final last year marking his 24th career ranking event title.

It’s the only tournament on the WST circuit to include a random ‘FA Cup style’ draw for each round. For the 2021 British Open, last year, matches in the early rounds were the best of five frames. However, this year, starting from Monday the early rounds will look to provide 7 frames of snooker action before the best of 9 quarter finals, then the best of 11 framed semi-final, culminating in a best of 19 showpiece final taking place on Sunday October 2nd 2022.

The nations best Snooker stars will compete across a week for a share of the £478,000 prize pool with the 2022 British Open winning leaving Milton Keynes with £100,000 in prize money. World Number 1 and recently crowned 2022 Betfred World Championship winner, Ronnie O'Sullivan will be looking for ranking title number 40 this Autumn. However, he will have stiff competition from world number 2, and man he beat in the final, Judd Trump, as well as World Number 3, Mark Selby. Australian, Neil Robertson, will also be on the hunt for the title following previous success in the Marshall Arena Milton Keynes, winning 2021 English Open. 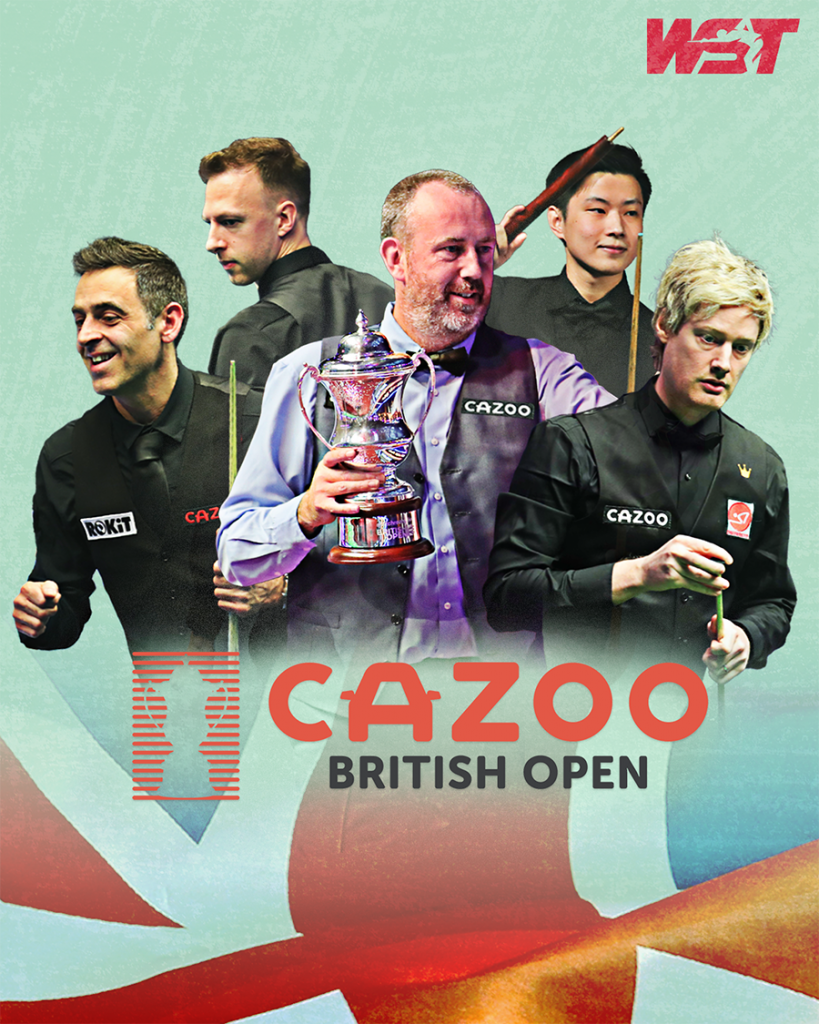