UEFA Women’s EURO 2022 today announced plans for its FREE national Roadshow that will showcase the best of football, fitness and music, providing families, fans and those that are yet to experience football with the opportunity to get involved in an unmissable tournament.

The family and local community-focused Roadshow will travel 800 miles, making 10 stops across 43 days, arriving at Willen Lake, Milton Keynes on 5th June and finishing on 2 July in London – just a few days before the tournament’s opening match at Old Trafford.

As the Women’s EURO draws closer, organisers are aiming to inspire more communities, particularly young people and families, to encourage them to get involved in the biggest European women’s sport event in history.

The schedule includes visiting each of the tournament’s nine Host Cities, Brighton & Hove, London, Manchester, Milton Keynes, Rotherham, Sheffield, Southampton, Trafford and Wigan & Leigh, where fans will be able to watch some of the best players in the world compete at a local stadium. The additional tenth stop will be at Elland Road, Leeds ahead of England Women’s friendly against Netherlands on 24 June.

The free Roadshow will offer visitors to Willen Lake, Milton Keynes, an introduction to football, with a chance to learn new football skills and tricks as well as try matchday presenting and interviewing in a special TV studio. Featuring live music from local artists and a showpiece football pitch, alongside the opportunity to get a picture with the trophy itself, each event will provide a variety of fun for all the family.

Additionally, there will be lots of exciting opportunities to meet legends from the women’s game, take part in interactive challenges and find out more about getting involved in grassroots football, the tournament, and how to purchase tickets.

Bryant continued: "We want to appeal to everyone, whether that be your regular football fan, or someone that has never given it a go before! Each Roadshow event will offer a chance to learn about the tournament in a fun environment, whilst trying out a few different skills from playing to presenting and with live music thrown it, they promise to be a great free day out for all the family.”

The roadshow events will consist of a special festival of football in Milton Keynes giving the opportunity for families and local communities to get involved in an unmissable event. Featuring interactive challenges, an immersive BBC studio, live music, trophy visit, showpiece football pitch and legend appearances.

Tournament organisers are also developing a series of exciting digital challenges as part of the UEFA Women’s EURO 2022 Roadshow. The online challenges that will be launched on 17 May will provide people with a fun way to get involved and show their support for the Tournament.

Tickets are on sale now for fans to experience a history making tournament that aims to unite football and communities and amplify the growth of the women’s game. There will be four games at Stadium MK, Milton Keynes at this summer's Women's Euro 2022 with the Pitch of MK Dons once again welcoming International Football. In July, Stadium MK welcomes Spain, Denmark, Germany and Finland as well as an all to play for semi-final. Tickets are still available. 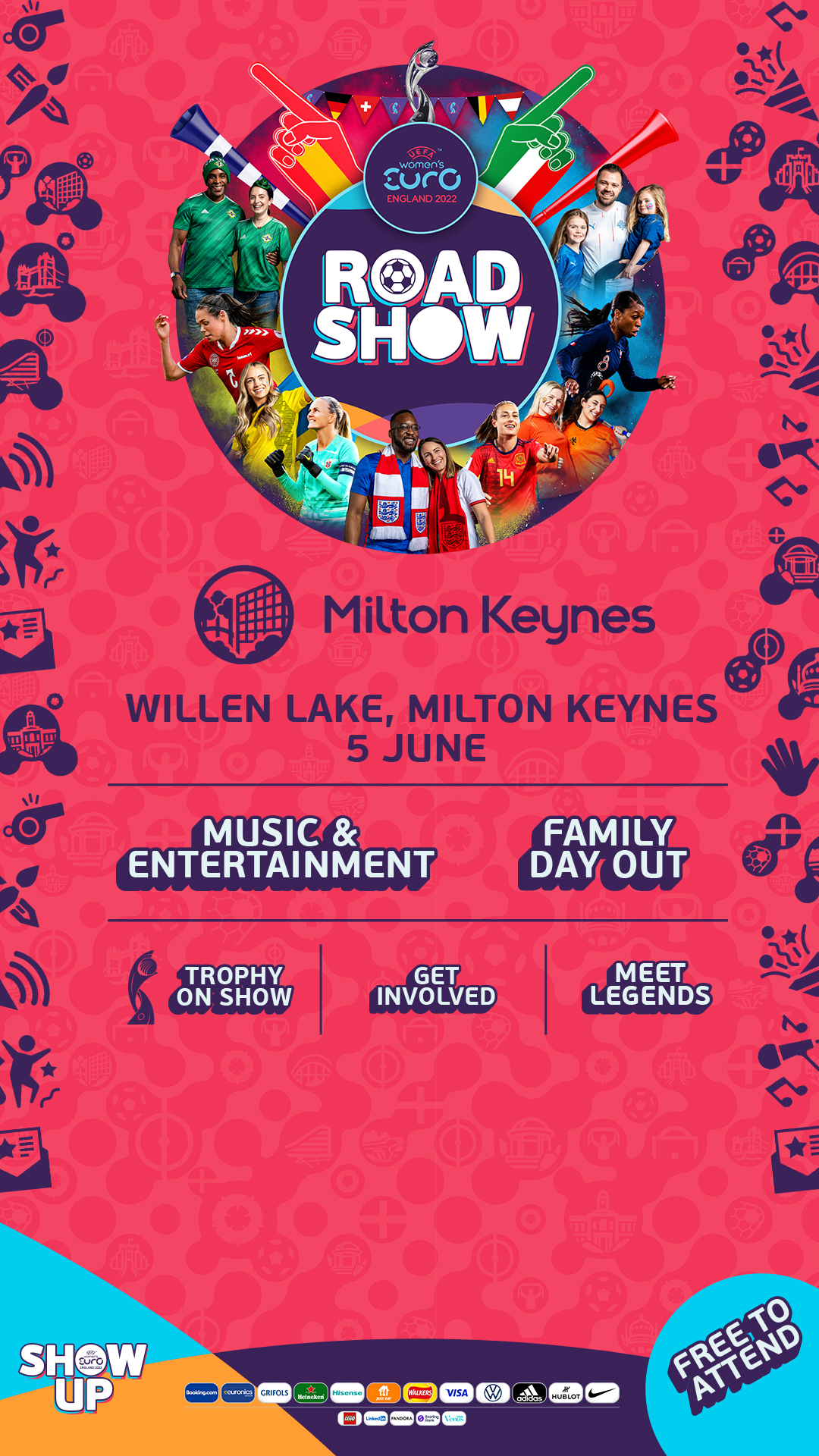 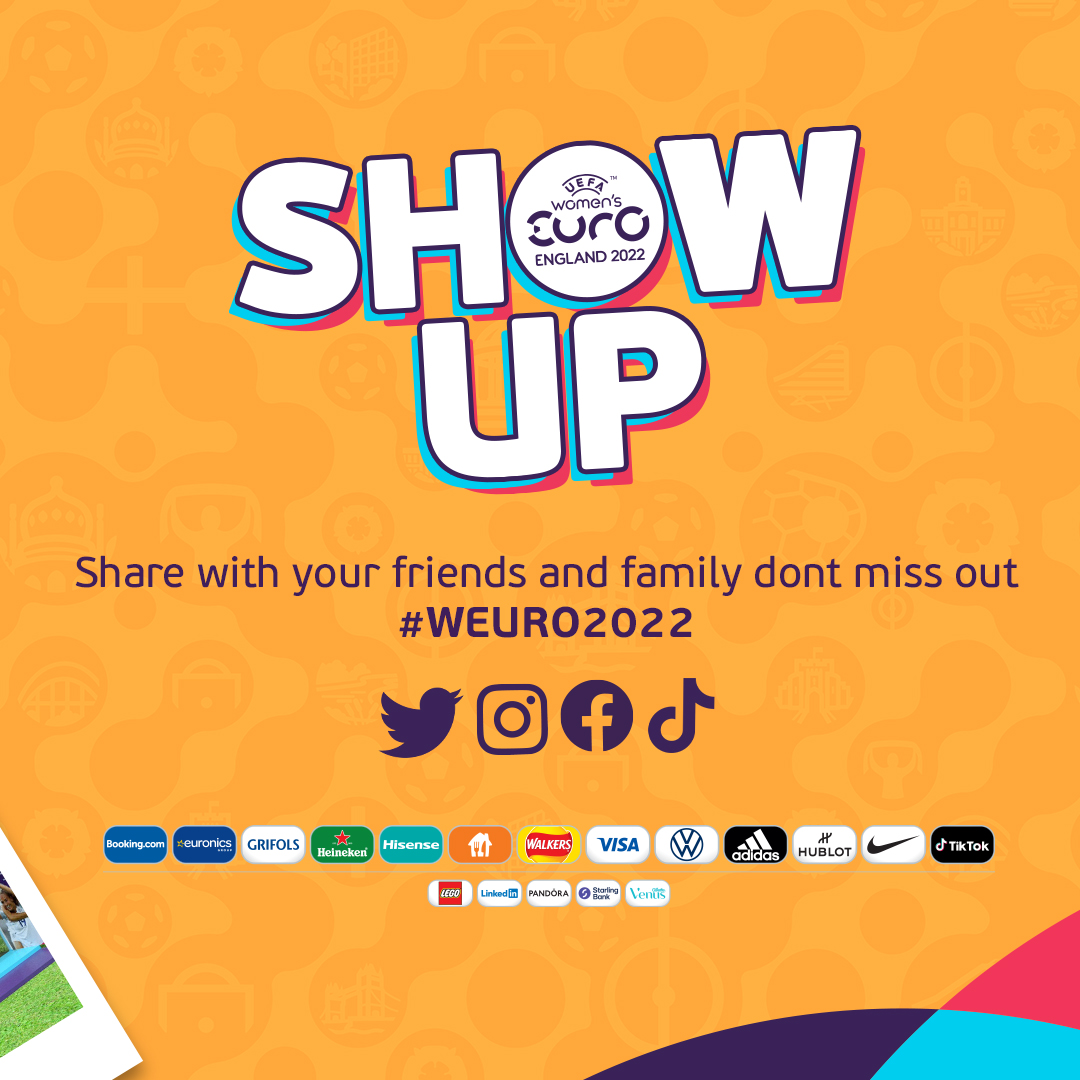