MK Dons are excited to announce details of the MKFM Pre-Match Show, which will see the local radio station take over matchday entertainment at Stadium MK for the 2021/22 season.

MK Breakfast Show hosts Darren & Lia will be getting you ready for kick-off each and every league match this campaign.

The MKFM Pre-Match Show will take place in the hour prior to kick-off and will include music, games and competitions to keep supporters of all ages entertained in the build-up to the game – so make sure you get in early to avoid missing out!

What’s more, there will be an exclusive debut this Wednesday evening ahead of the pre-season friendly with Tottenham Hotspur – the fun starts at 7pm!

Darren & Lia said: “With supporters coming back to Stadium MK this season, it’s an honour to be asked to host the MKFM Pre-Match Show.

“There’s going to be great music and lots to keep the family entertained, with opportunities to win some fantastic prizes! Plus, we would love to hear from supporters who are celebrating a birthday or something special in their life.”

Darren & Lia will be supported by MKFM’s Mark Stevens, who will be ensuring fans are kept up to date with the latest team news and scores from around the country.

The announcement of the MKFM Pre-Match Show comes a week after the launch of the MKFM Family Area, which aims to enhance the Family Area experience at Stadium MK. 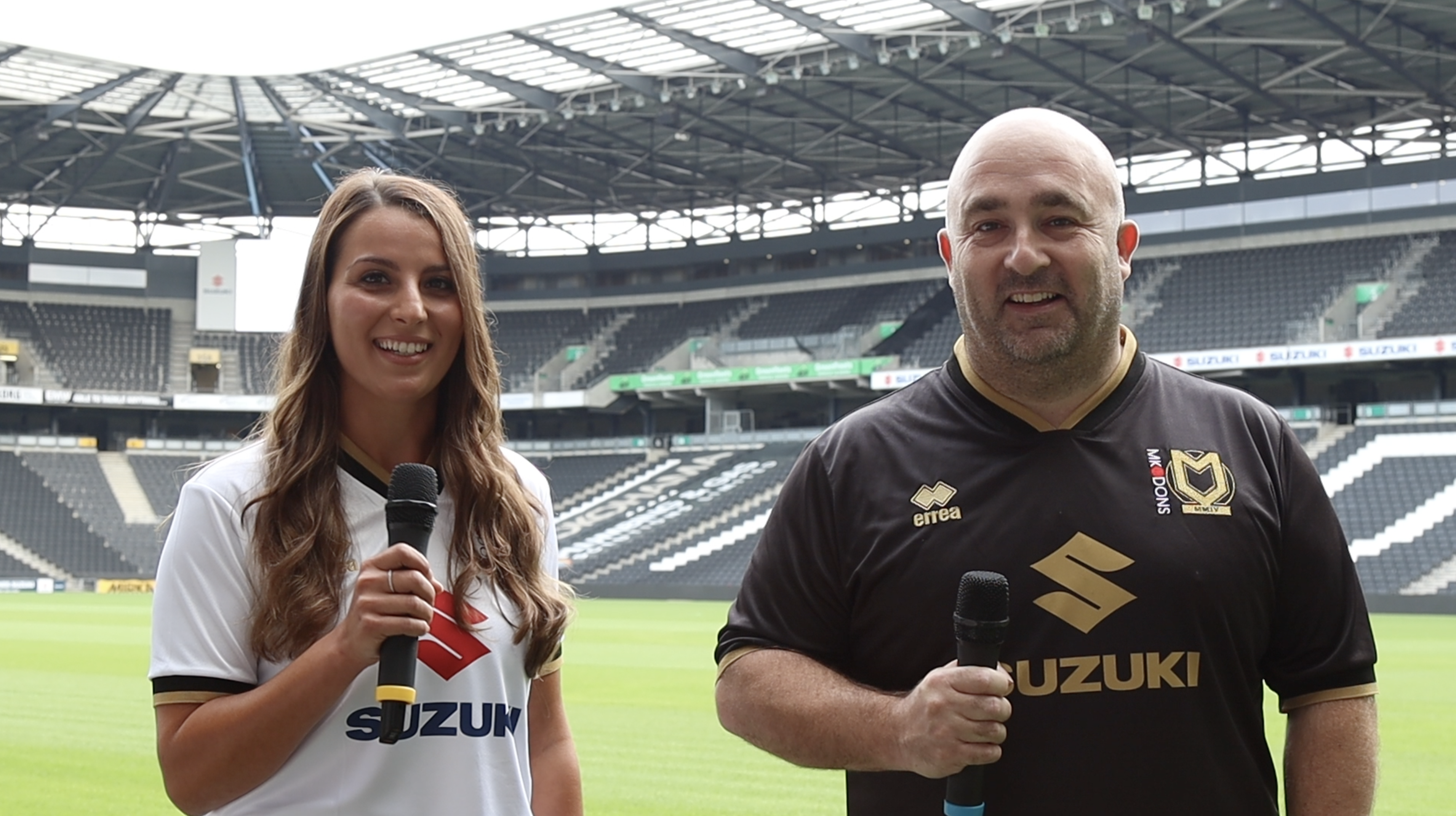 Director of Sales & Marketing Andy Gibb said: “We are very excited to launch the MKFM Pre-Match Show, which we will believe will be a fantastic addition to our matchday offering at Stadium MK.

“In the hour prior to kick-off, there is always plenty of anticipation and excitement, and we believe Darren & Lia are the perfect pair to incapsulate that, and make sure Stadium MK is ready and raring to go, come 3pm or 7.45pm!”

If it’s your birthday, anniversary or first visit to Stadium MK and you would like to get involved in the MKFM Pre-Match Show please email info@mkdons.com

Supporters can listen to Darren & Lia between 7 and 10am each weekday morning on MKFM’s MK Breakfast Show.