Barrett opened the scoring for Charlie Bill’s side just 10-minutes into the game. A well-worked corner routine ended with Barrett finishing from inside the box to give MK Dons an early lead.

Both Jade Bell and Chez Albert went close shortly after, however, Keynsham’s keeper stood firm to deny the duo.

Minutes before the break, Keynsham were dealt a blow as they were reduced to 10 after a cynical foul on Albert.

After a sustained period of dominance, the Dons found their second of the afternoon through the lively Albert who slotted home a penalty on the hour mark.

The clean sheet means MK Dons Women have now kept clean sheets in each of their last four games.

After their opening seven games, Charlie Bill’s side now sit second in the table having picked up 15 points. 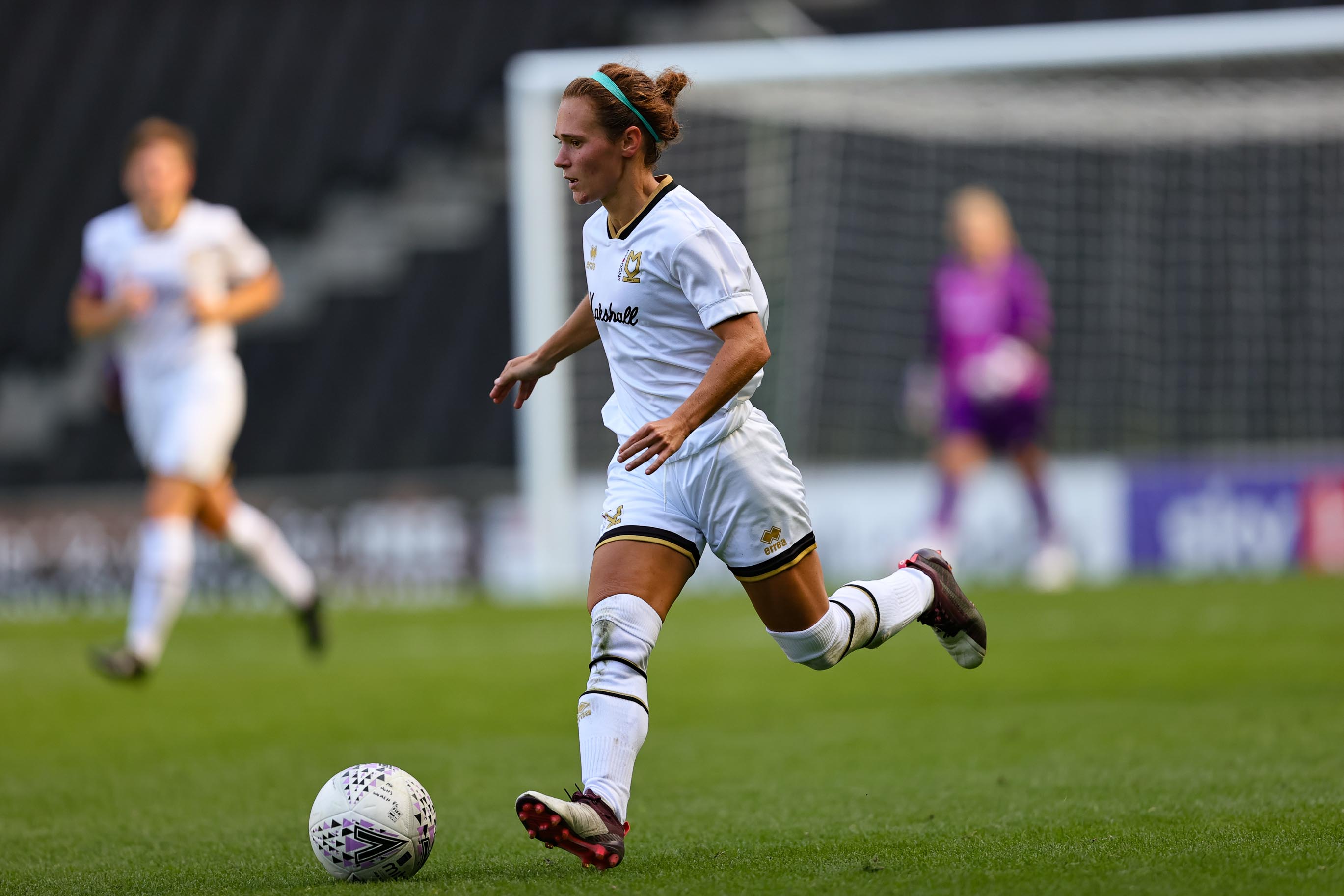