Saturday saw the return of the much loved MK Dons Family Fun Day in the Marshall Arena, Stadium MK.

With doors opening at the earlier time of 12:30pm the fans of MK Dons truly had a great day out with plenty of activities available for those of all ages. The MKFM Pre-Match show moved across to the Marshall Arena with the usual festivities and contests, one lucky fan came away with a signed Dean Lewington 2018/19 Promotion winning shirt!

From Carnival rides courtesy of JNRS Events to TikTok Challenges with Papa John’s and Student Showcases from MK College, the family day had it all for the family.

There was also plenty of new things to try out with English Subbuteo Association, on the day of the Rome GP, making for very popular viewing and playing by all involved. Perhaps some future Subbuteo stars were discovered! MK Lightening also made the trip across Town with Pucky the Polar Bear & Defender Sam Russell to provide some skill sessions in the Marshall Arena. Pucky, a popular runner, took on the other mascots in the Half-time Mascot Race before heading back to Planet Ice for their 4-3 win at home to Telford Tigers.

The Marshall Arena welcomed a total of 27 businesses and charities to entertain the fanatical Dons faithful before 5th place MK Dons took on Burton Albion in the Sky Bet League One Tie. In what was a record breaking Family Fun Day attendance in the Marshall Arena, the fun continued for half time. Stadium MK welcomed the 'GridSpinners' who took their Milton Keynes Redway adventure around the pitch. The much anticipated ‘Half-Time Mascot Race’ also returned for the first time since 2019 with the day’s Opponents Burton Albion Mascot, Billy Brewer, taking the flag in first place (by some distance). 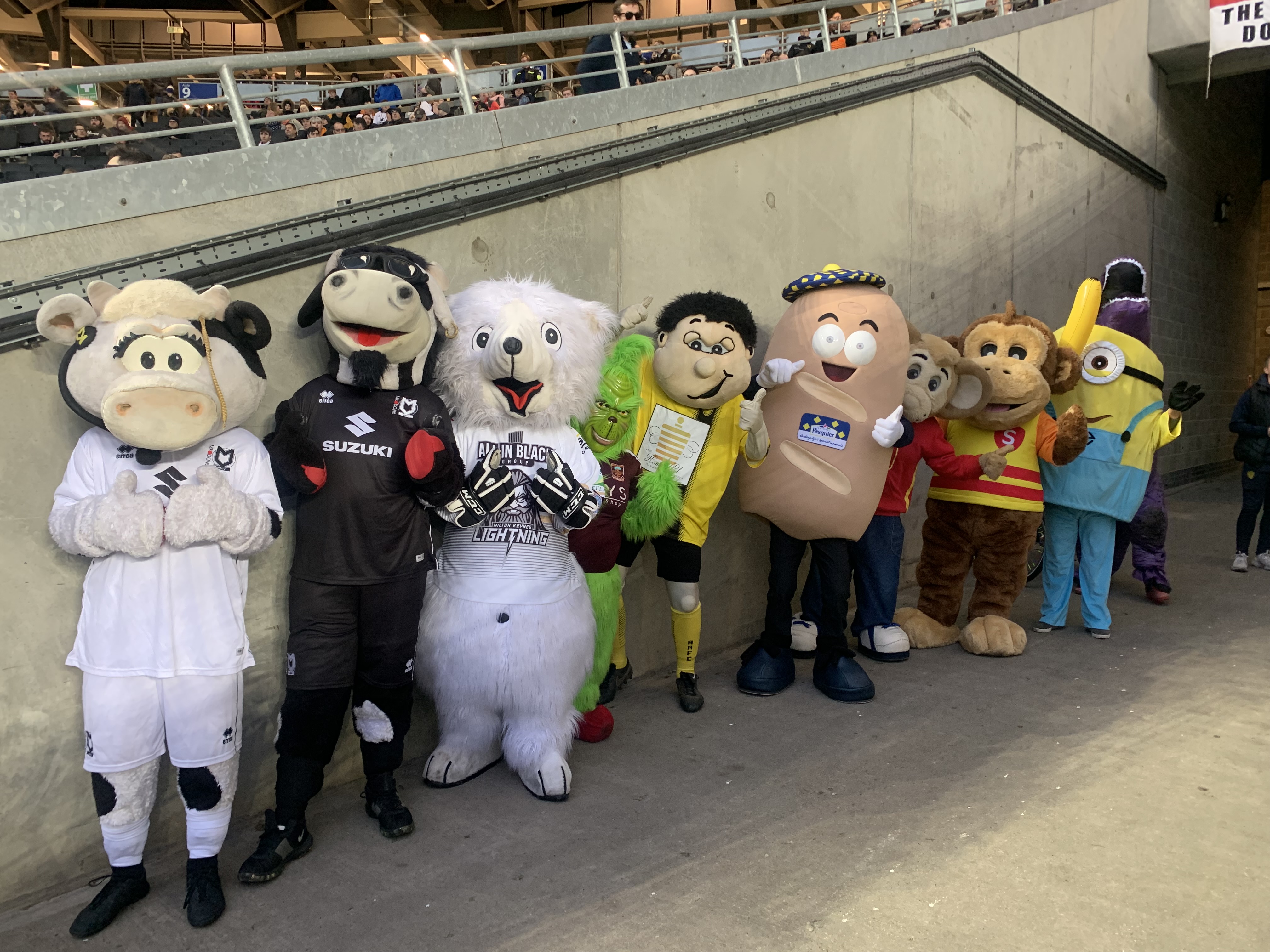 A hugely successful day made by the local businesses and charities who came down to entertain the masses of Dons fans of all ages, some of whom was their first MK Dons game. Thank you to all who came to enjoy the day, including:

The Day was made even better with MK Dons coming out 1-0 winners in the match, breaking the 'Family Fun Day Curse' of not winning on a Family fun Day!

MK Dons Family fun Day was so successful the club are happy to announce it will be returning for the 26th February 2022, on the day that MK Dons take on Bolton Wanderers at Stadium MK. We can’t wait to do it all again & see everyone there again. 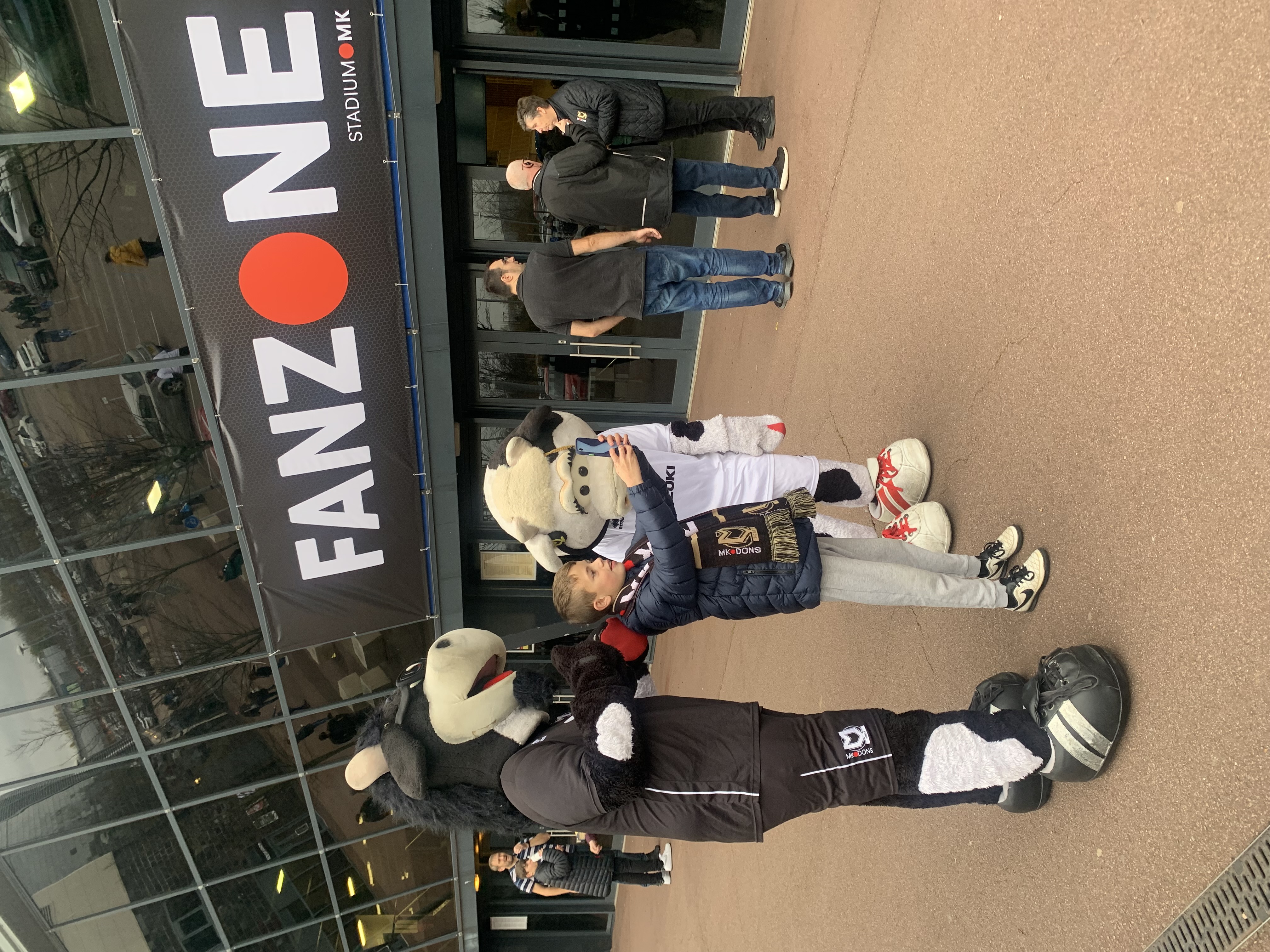 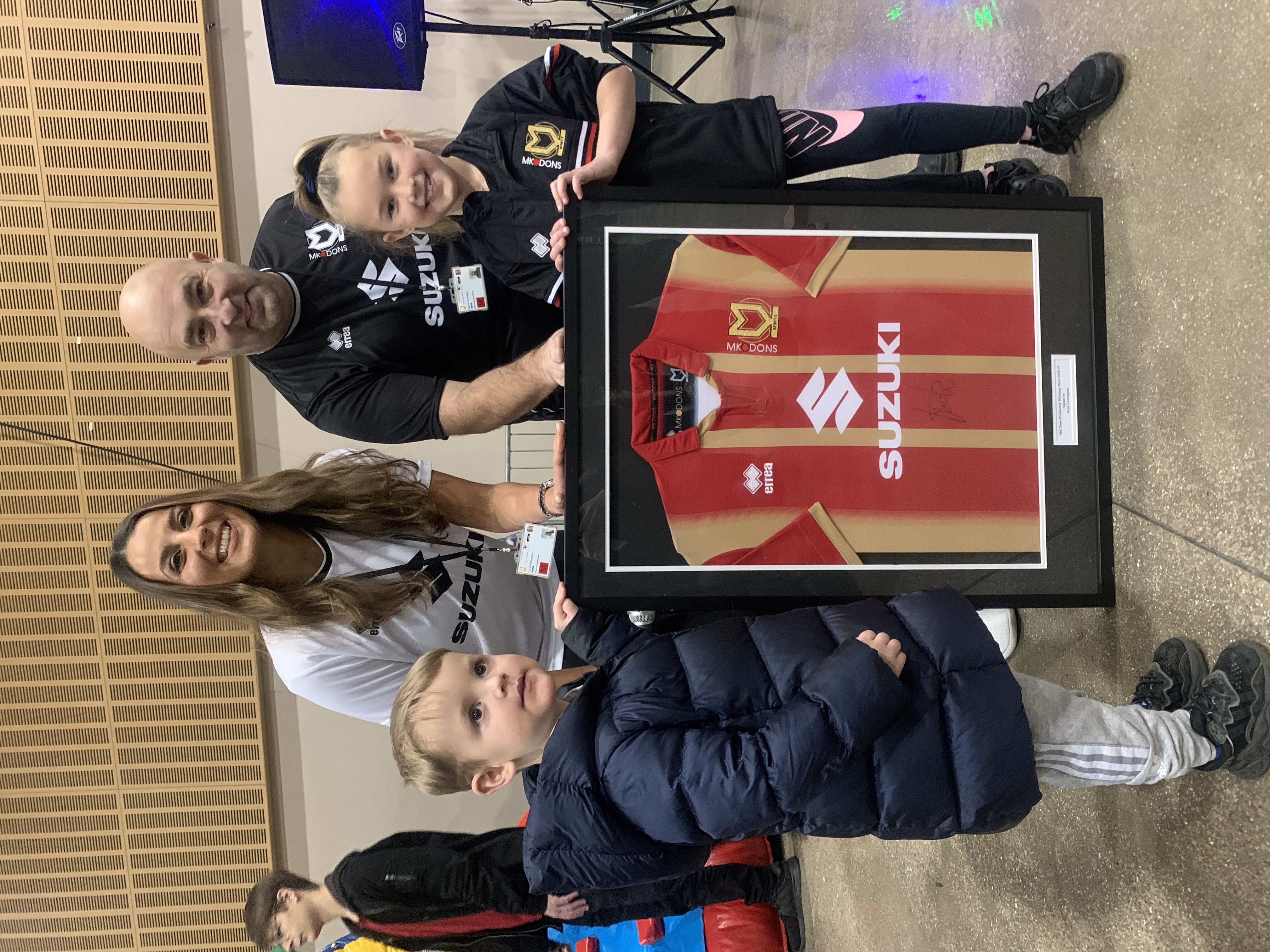