MK Dons Under 16 Inclusion team lifted the Canary Cup over last weekend following an impressive 3-0 victory in the final!

The Canary Cup takes place in Norwich where clubs from all around the country compete for the chance to lift the trophy. The MK Dons side included 11 players who made the journey to face premier league opposition representatives from the likes of Arsenal, Manchester United, Wolverhampton Wanderers and Aston Villa. As well as teams from championship clubs, Norwich City and West Bromwich Albion.

The Dons players were excited with the anticipation of the tournament, but come the first game the nerves didn't show. The opener saw the Dons score three in a convincing 3-0 victory a soon to be common theme for MK Dons throughout the tournament. After the first game, and opening victory, the team really started to believe and took on all the opposition with the same drive and passion as the first game.

The tournament progressed with The Dons reaching the final having only conceded three goals all tournament and loosing just a single match on the journey to the final match. The final match saw Wolves take on MK Dons which ended in yet another 3-0 win for the Dons, ensuring they lift the trophy.

The squad lifted the trophy donning their inclusion MK Dons kits, Sponsored by Suzuki GB. Suzuki have helped to promote inclusion football in Milton Keynes and will continue to do so.

Each and every player has done the Club proud. An incredible performance all tournament long. 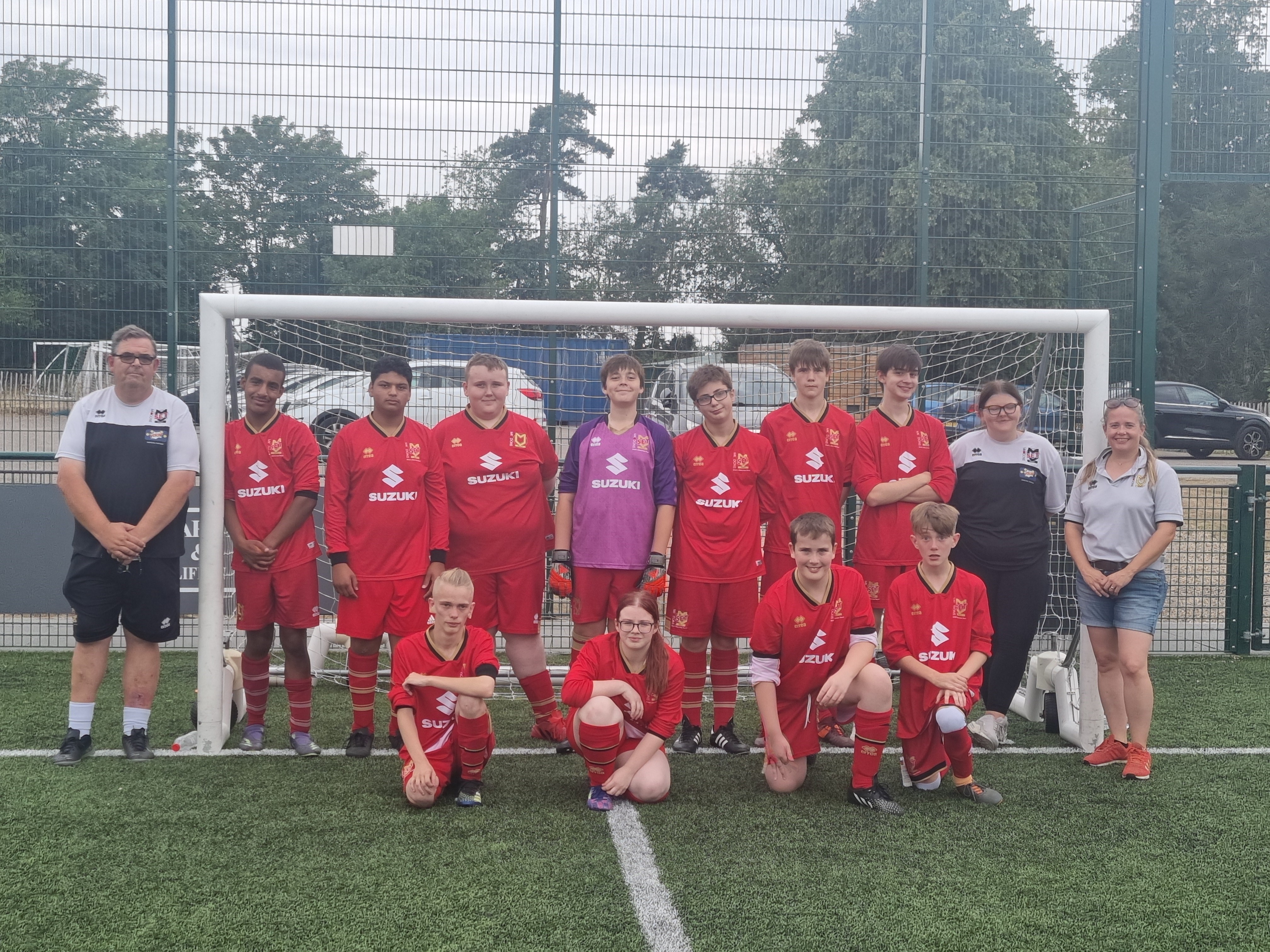