The football season is coming to a close which means the annual MK Dons awards are just around the corner. In what has been an extremely competitive Sky Bet League One Season for The Dons it is set to come to a close in April with the hopes of promotion still not out of the question. The final run in of the Sky Bet League One season is expected to be intense with a number of teams, including MK Dons, competing for promotion to the Championship. Either way it has been a successful season, both on and off the field for MK Dons.

The Awards, which hasn't been held since 2019 due to Covid-19 restrictions, will take place in person at Stadium MK this summer.

Taking place at Stadium MK, the annual awards ceremony, sponsored by MK Dons Club Partner and Milton Keynes locals Plumbing & Gas Solutions Limited, will take place at the end of the Sky Bet League One regular season on Sunday 1st May 2022. Alongside the evening’s production partner Video Inn Production, club title sponsor Suzuki, guests and fans can enjoy a drinks reception with a three course meal as well as an after show party in what is a much anticipated night in the MK Dons Calendar.

The evening will provide an opportunity for the standout performers and achievements of Liam Manning’s team. The awards also celebrate the success of the further MK Dons family including the Academy, Women’s team, Sport & Education Trust as we look back on the past 10 months that has been the 2021/22 season.

Last season the awards was made virtual, with supporters watching along on YouTube due to covid-19 guidelines, this year the awards night returns with a live audience with the doors of Stadium MK opening at 6pm. The evening will see a variety of packages available to purchase from a single standard ticket to a Platinum table. You can choose the package which works best for you and your party. A Standard ticket is just £75 with a table of ten available for £700, other packages include the gold circle table of ten which is set at £995. The awards night also welcome’s a further two packages including the Award table £1,440 and a Platinum Award table available for £1,620.

To book or to have more information please contact MK Dons via email on commercial@mkdons.com or call 01908 622884. Alternatively, you can book tickets online. 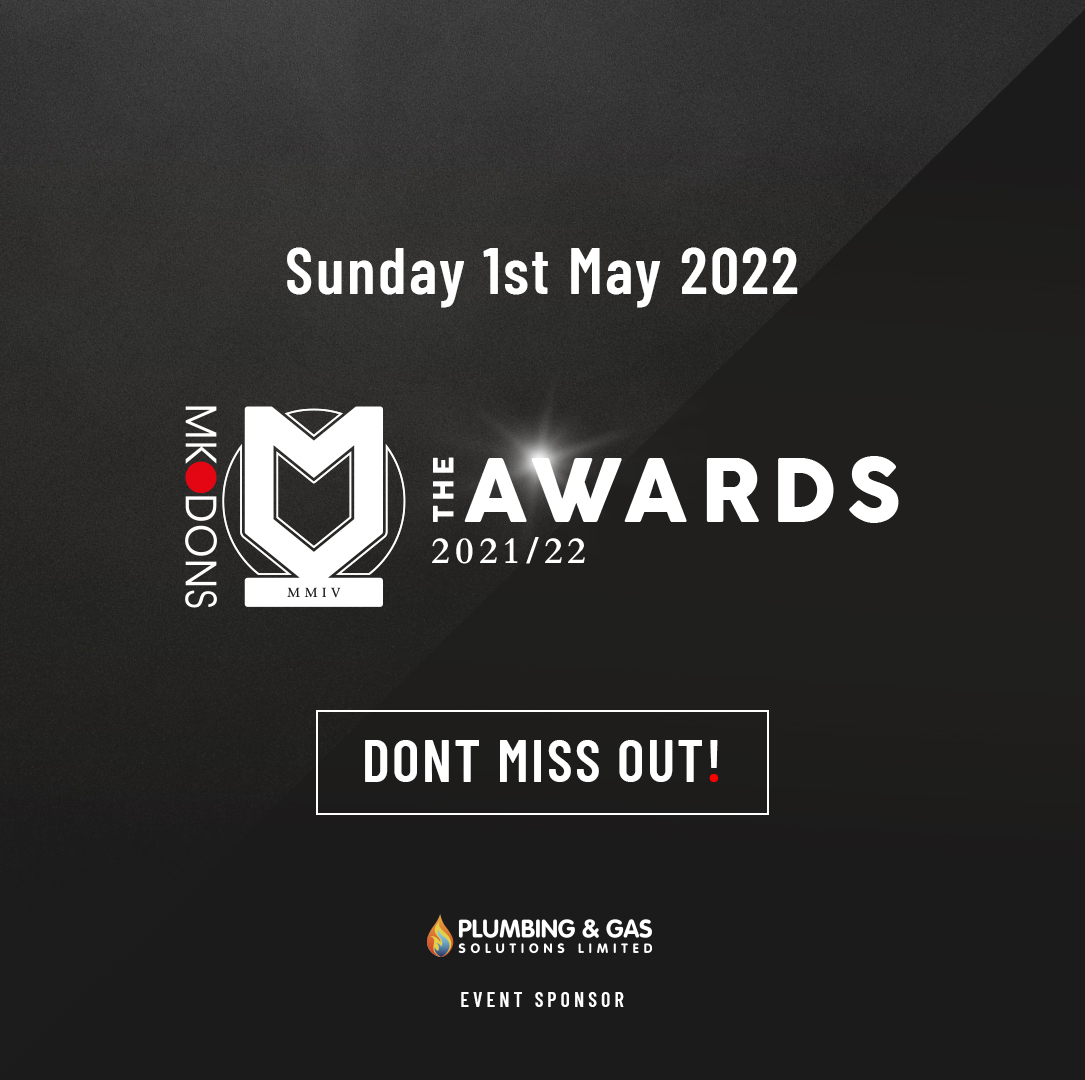