Milton Keynes takes a stand against violence in month of action

Thames Valley Police, the Police & Crime Commissioner for the Thames Valley, Milton Keynes Council, MK Dons and MK Dons Sport & Education Trust (SET) are calling on the community to join them in a month of action against violent crime at the end of this year.

The month of action in December aims to bring together schools and parents, voluntary sector organisations, places of worship, community groups, local venues and businesses to work alongside statutory partners for Milton Keynes to take a stand together against violence in all forms.

This includes knife crime, which has resulted in a number of lives being tragically lost over the years, but also domestic abuse, hate crime, bullying and other forms of violence and aggression.

The month of action against violence, Milton Keynes will host the National Monument Against Violence and Aggression, outside Stadium MK. Also known as the 'Knife Angel', the monument is a 27ft sculpture, made from weapons collected in knife amnesty bins during police operations across the country.

Created in collaboration with all 43 police forces, the Home Office, anti-violence groups and hundreds of families who have been affected by knife crime, the monument is a symbol of the nation's intolerance to violence. It was created by the British Ironwork Centre, by sculptor Alfie Bradley to highlight the impact knife crime has on people, families and communities.

The month of action against violence in Milton Keynes will incorporate numerous days of activity, designed by those who live and work in the city. This will include educational workshops from MK Dons SET and other groups, group activities and a moment to remember all those who have tragically lost their life through knife crime.

Chief Inspector Euan Livingstone, Deputy Commander for Milton Keynes policing area, said: "We are actually aware of the impact that knife crime has on families and communities here in Milton Keynes and as a policing team we have long been committed to tackling violent crime.

The planning between Thames Valley Police and partners are in early stages in regards to points of action throughout December. One of the partners helping to deliver the month of action is MK Dons SET.

Maralyn Smith, CEO of MK Dons Sport & Education Trust said: "MK Dons SET are really please to be hosting the Knife Angel in December, to support the project with education and awareness raising around the issues of violence. Both MK Dons and MK Dons SET are committed to the reduction of violence in all forms and are keen to encourage discussion and education for the Milton Keynes community and hope the activities have a real impact in reducing violence in our city.

Details on the Knife Angel and the month of action will become available in the future. 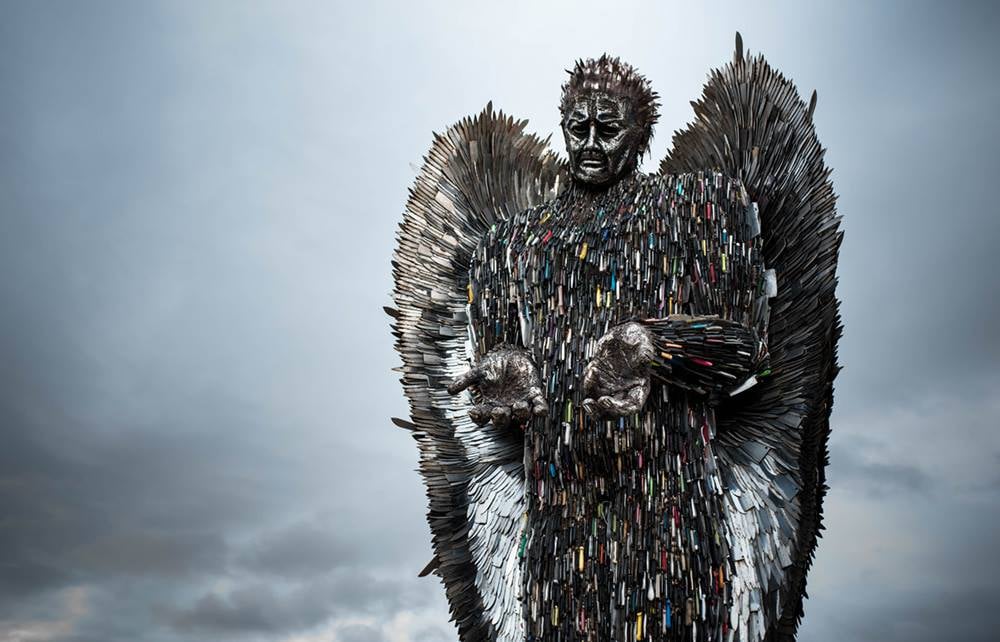