We are delighted to play host to England Under-21s for a fifth time next month, when the Young Lions face Kosovo in a 2023 UEFA European Under-21 Championship qualifier.

Tickets are on sale NOW!

Group Ticket Offer: Bookings for 10+ tickets can be purchased at the group booking rate. Additional tickets for Charter Standard clubs also qualify for this discounted rate.

England Football Accredited Clubs Offer: If your club is an England Football Accredited Club, you qualify to receive up to 15 complimentary tickets. Please only apply for the number of tickets that you know will be used. If you require more than your allocated 15 tickets, please apply via the group ticket offer. Additional tickets will qualify for the discounted group booking rate.

For group discounted tickets please fill in this form

Lee Carsley’s side will head to the home of MK Dons on Tuesday 7 September 2021 for what will be former Everton and Derby County midfielder’s first home match in charge and his competitive debut as head coach of England Under-21s. Kick-off, 7pm.

This new crop of players will be looking to guide England to their ninth successive U21 EURO finals, with the 2023 edition to be staged in Romania and Georgia.

Stadium MK is no stranger to staging England fixtures since it opened in 2007, having previously hosted the Three Lions on seven occasions across the MU21s, MU19s and Women’s senior teams.

The home of MK Dons will also be one of the 10 venues at next year’s UEFA Women’s EURO in England.

Carsley said: “I’m looking forward to taking an England team back to Milton Keynes and the top-class venue that is Stadium MK.

“One of the benefits of the U21s is that we’re able to take the team around the country regularly so this is another great opportunity to showcase the national team to a different community who hopefully come out in force to cheer us on.

“I’m also confident that the fixture won’t disappoint. As they have already proven across their national teams, Kosovo will provide a tough test and it promises to be an entertaining encounter.”

As well as Kosovo, England are placed in qualifying group G alongside Albania, Czech Republic, Slovenia and Andorra.

Before the fixture at Stadium MK, the Young Lions will kick-off the new season with a trip to face tournament co-hosts Romania at the Arcul de Triumf Stadium in Bucharest on Friday 3 September (7pm kick-off UK time). 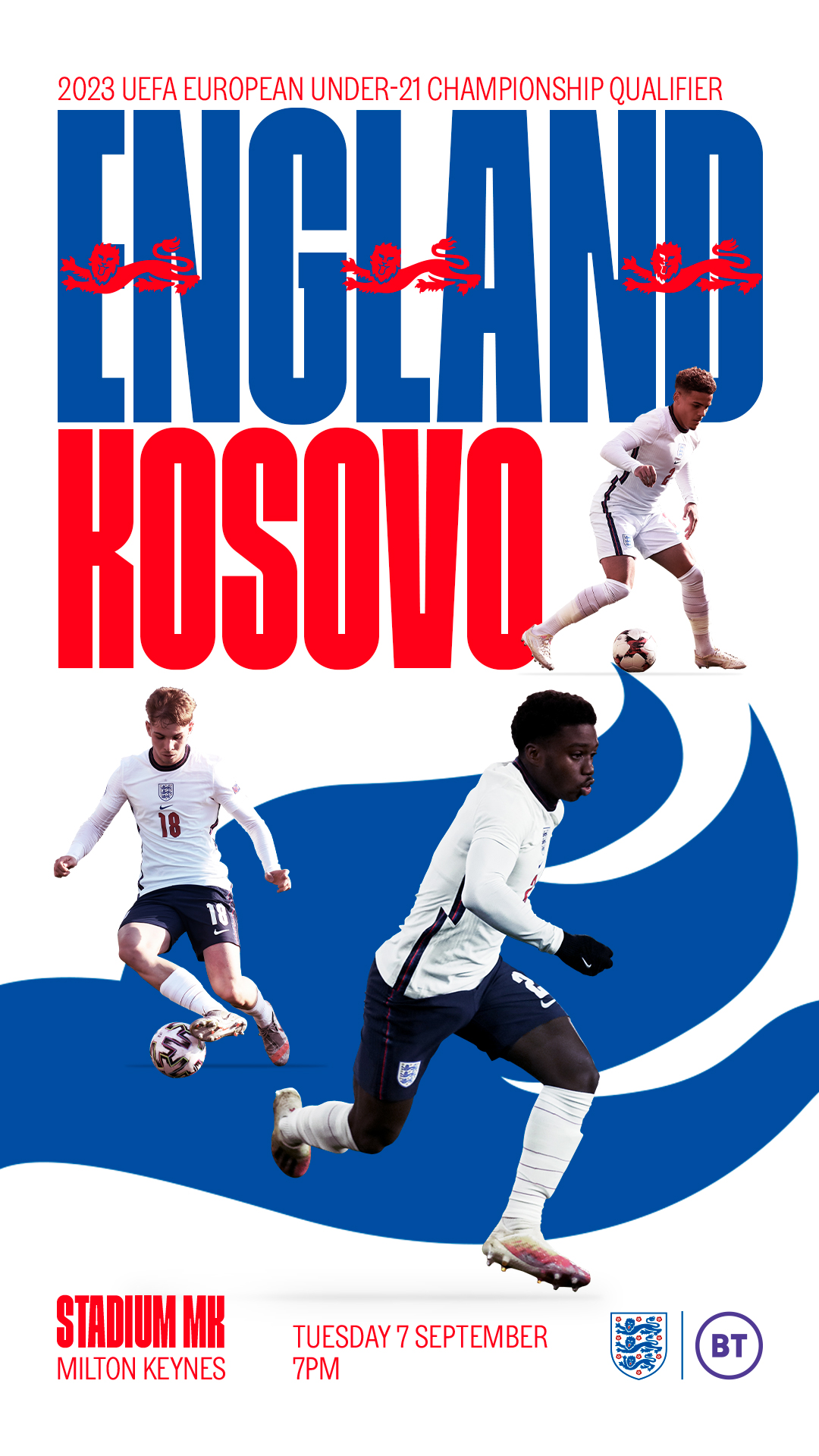