Eddie Hearn has described Stadium MK as the ‘perfect’ place to host Matchroom Boxing events in this current Coronavirus climate.

The Marshall Arena at Stadium MK played host to Joshua Buatsi’s return to the ring against Marko Calic on Sunday – a fight shown live on Sky Sports as well as in the US.

There were plenty of other fights over the weekend too, including Chantelle Cameron’s World Title shot against Adriana Dos Santos Araujo; Alen Babic against Irishman Niall Kennedy; and Linus Udofia’s English Middleweight Title bout with John Harding Jr.

“After the success of Fight Camp, we needed a blank canvas to create a creative solution to boxing behind closed door, and the Marshall Arena and the Stadium MK facilities have proved perfect,” promoter Eddie Hearn said on the matchroomboxing.com website.

All boxers, their teams and support staff were tested at the start of the week before being allowed entry into the official hotel bio bubble to participate in the media events. 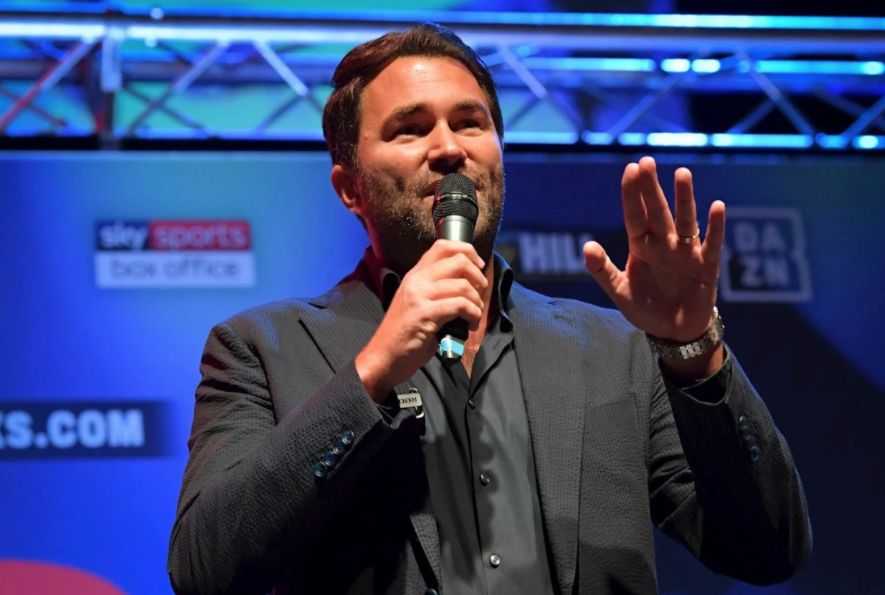 The Marshall Arena was transformed to a Boxing Ring worthy of such a high-profile event, serious boxing fans could be forgiven for not appreciating the event was being held in Milton Keynes.

A state-of-the-art media zone was built onsite, where fighters on the card underwent their media obligations.

Fighters were also able to put the finishing touches to their training camps in the boxing gym that was constructed on the site of the hotel.

As well as playing host to Matchroom Boxing’s latest behind closed doors event this weekend, Marshall Arena has also been the home of the BetVictor Championship League Snooker.

Click here for more info about the Marshall Arena